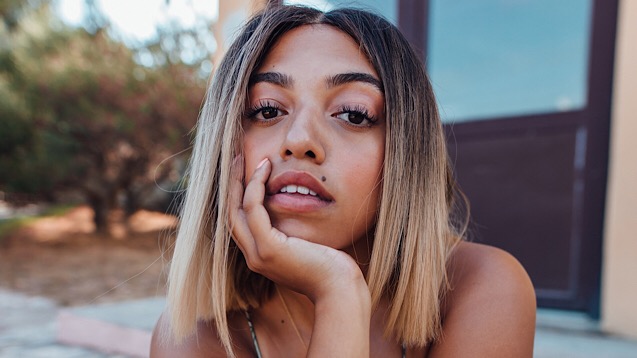 Meet rising Leicester singer, Mahalia, whose shimmering R&B and empowering lyrics have made her the darling of countless ones-to-watch lists for 2019...

What? Shimmering R&B with lyrics that bite.

What’s the story? If you haven't heard of rising star Mahalia yet, then quite frankly, where have you been? The singer-songwriter entered the music scene in 2012 with her acoustic EP Head Spaces, but it's been during the past 18 months that things have really taken off.

Swapping guitar for shimmering soulful production, last year's smash single, Sober, has notched up over 45 million streams and was accompanied by a stand-out session for COLORS - fast becoming the go-to platform for future music talent.

Since then, she's become the darling of countless ones-to-watch lists for 2019 (BBC1 Xtra, MTV Push), and was shortlisted last week for the BRIT Awards 2019 Critics’ Choice award.

Blessed with devastatingly smooth pipes and an empowering lyrical approach to love and relationships, Mahalia takes inspiration from the likes of Lauren Hill and Erykah Badu to form her brand of glossy soul, which was stamped all over Septembers' acclaimed EP, Seasons.

With collaborations with Little Simz and Kojey Radical already under her belt and production talent including Felix Joseph (Jorja Smith, Kwabs, Suspect), PRGRSHN and Swindle on board, this is only the beginning for the Midlands star...

Predicted to? Fill plenty more tastemaker lists before the year is out.

Must hear? One Night Only ft. Kojey Radical -