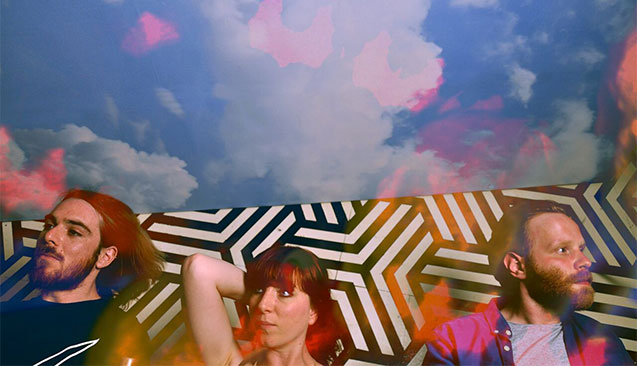 'We’ve been set free to shred!' says Magic Mountain's Lins Wilson. And with the trio combining elements of their respective bands Grammatics, Menace Beach and Pulled Apart By Horses, who are we to argue?

What’s the story? Lins, Tom and Nestor already have pedigree as members of Grammatics, Pulled Apart By Horses and Menace Beach respectively. Now Magic Mountain sees them pool all this talent and energy in one place, with devastating results.

Their debut single, Zodiac, out next month, is a two-and-a-half-minute blast of speaker-shaking goodness – a kick-down-the-door intro to a new band with something to shout about.

Grungy riffs and floaty melodies abound, with the trio sounding something like the sum of their three bands combined, but with added fragments of mangled up My Bloody Valentine and Husker Du.

True to their DIY ethics, the track lands on tiny Leeds imprint Come Play With Me on 13 October, backed by a split A-side from Bradford firebrands Jon Jones and the Beatnik Movement.

With just a few local live dates under their belts, supporting the likes of TRAAMS and Meatbodies, there’s palpable excitement for their first ever UK mini-tour early October.

Predicted to? Deliver much more buzzy fuzz over the coming months.