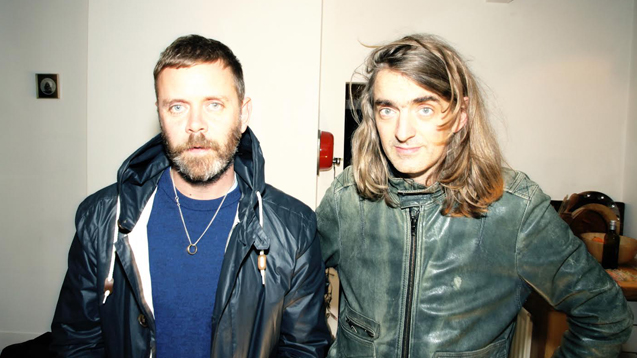 London duo Loose Meat are rewiring downbeat sonics with their self-titled debut out via Whipped Cream Records. Fans of wonky electronica should definitely have a butchers…

What? Wobbly analog sounds mixing up disco, swingbeat and electro.

What’s the story? Whatever your culinary preference, the delectable aural delights served up by electronic duo Loose Meat should fit your taste buds. Both Kristian and Arp have previous in different guises but are using this latest musical vehicle as a way of coming together to embrace a new eclectic, analog sound.

The pair have let slip a couple of shadowy tracks over the past 12 months but are now preparing to drop their self-titled debut album on the world via Whipped Cream Records on Friday 3 June.

Born out of writing sessions at home studios in London Bridge and Brick Lane, plus Capitol K’s own Platts Eyott and Total Refreshment Centre bases, the record is a celebration of analog synths and drum machines.

Arp’s stream-of-consciousness lyrical narratives are delivered by Brazilian artist Cibelle, backed by a off-kilter electronic wobble. Despite their aversion to self-promotion, Edge of Love has been getting some serious love from BBC 6 Music’s Lauren Laverne, meaning there is some anticipation for their debut and rightly so.

The band will launch the album’s release with a show at Dalston’s Servant Jazz Quarters on 2 June. Get your tickets here.

Sounds like? An avant disco, mutant funk up of Junior Boys, A Certain Ratio and Colder…

Must hear? The loping vocodered aceness of Edge of Love is a great place to start.