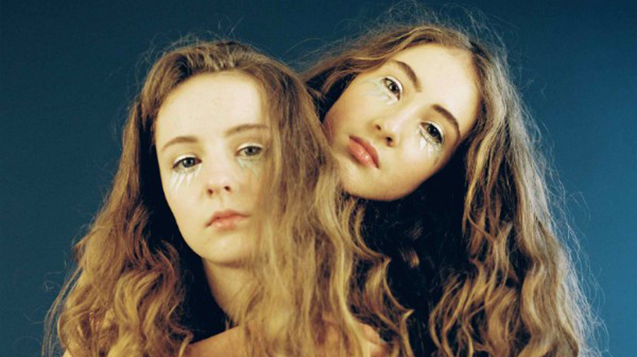 Who? Best friends Rosa and Jenny.

What? Near-identical teenage pals brewing up a perfect storm of dreamy electronic pop and unearthly vocals.

What’s the story? Rosa and Jenny have been BFFs since they were four. Now 16 and 17 respectively, they’ve morphed into a spookily prodigious musical double act.

Over just a couple of releases (Deep Six Textbook and Sink), the pair channel the out-and-out weirdness of Coco Rosie or early Múm into a more palatable psychic pop template.

Minimal electronics and foreboding ambience provide the soundtrack to their disjointed chanting and sorceress melodies, while incantations about starfish and cats only pile on the mystic eeriness.

Both multi-instrumentalists, they augment their spaced-out sound with glockenspiel, submerged beats and clapped out accordions.

So far this year, the pair have signed to Transgressive Records and played a sold-out headline show in The Forge, London.

Now they're busy plotting for their debut performances at The Great Escape from 19 to 21 May, plus a London show at Electrowerkz on 1 June.

Sound like? Sirens of the shoreline who’ve been swept out to sea on a tide of electronic feedback.

Predicted to? Make a massive splash later this year when their debut album surfaces.

Must hear? The ghostly ambience of Deep Six Textbook: