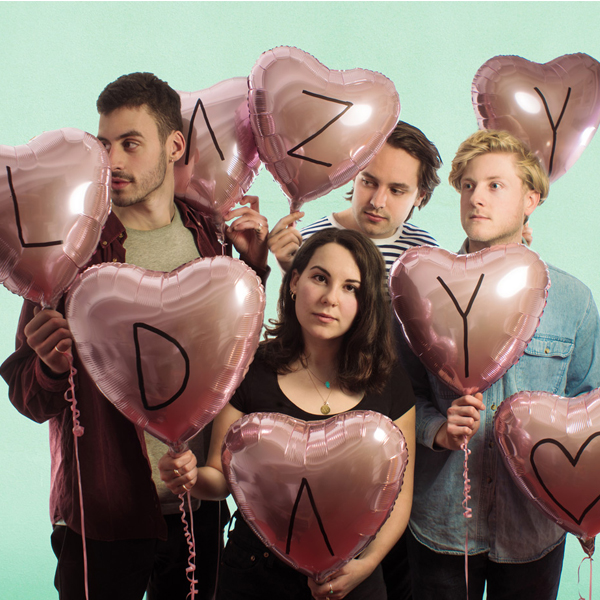 Lazy Day have emerged wide eyed and blinking out of the bedroom to be picked up by Lost Map Records. Check out upcoming Record Store Day release Portrait for all your fuzzy, dream pop needs…

Who? One time bedroom project of Tilly Scantlebury, now expanded to a full four piece band.

What? Grungy, garage pop. If you like mind-sticking melodies served with a side order of fuzz, then Lazy Day could be your new favourite group.

What’s the story? Lazy Day is the musical vehicle for the songs of Tilly Scantlebury. Formerly a member of indie rockers Hella Better Dancer, just over a year ago she decided to immerse herself in her own musical world, recording in her bedroom on Garageband and exposing her creations via SoundCloud.

The feedback from blogs and tastemakers for initial songs With My Mind and Oldest Friend was so good, Tilly decided to add more personnel and turn Lazy Day into a full band.

Now with drummer Beni Evans, bassist Jonathan Coddington and guitarist Harry Bainbridge by her side, Lazy Day have enjoyed a productive couple of months, signing to Lost Map Records (run by Johnny Lynch aka the Pictish Trail) and playing their first sold out show as a four piece at London’s the Waiting Room.

Last month they opened for label mates Tuff Love and their Dross EP launch at the Shacklewell Arms and are now gearing up for the Record Store Day release of Portrait. It’s an ace slice of alt-pop shimmying between melancholy and feedback. You'll need to act suitably quickly to get your paws on a copy.

Predicted to? To add yet more kudos and critical acclaim to Lost Map Records enviable roster.