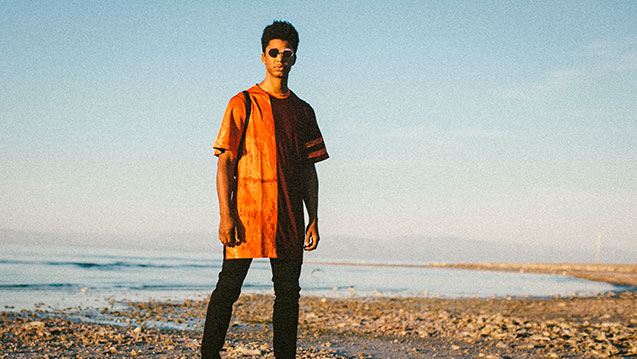 UK singer-songwriter and Nile Rodgers acolyte Kyan channels fresh future-soul direct from his self-induced solitude in LA - and it's a thing of wonder. Don't miss this...

What’s the story? Kyan’s path into music sure hasn’t been easy, but along the way he’s managed to channel all the ups and downs into some truly charmed songwriting.

Back in 2015, he lost his major label record deal and girlfriend in one fell swoop, forcing him to reconsider his life both in and outside of music.

It was a year since he'd first landed on tastemakers’ radars in early 2014 and expectations were high - but the timing was all wrong for Kyan.

Instead of sticking it out in the UK, he got on the first flight to LA and moved from rented room to room in sun-soaked solitude.

There, he slowly began to find his way into a new soul sound, stumbling into a purple patch which has led to his brand new visual album Nothing Beyond.

The record swoops and soars from virtuoso falsetto to deep baritone in a heartbeat, and combines classic piano sounds with synths and layered beats. It was all self-produced and funded by a Kickstarter campaign, and proves Kyan is at his best when he’s master of his own destiny.

Taster video, Like Summer, dropped last week, and hints at some of the raw talent yet to come flooding our way over the coming months.

Alongside preparing the album, he also performed a euphoric show for COLORS music platform earlier this year to rave reviews, and has been in the studio with none other than Nile Rodgers.

The sessions, which took place earlier this month at Abbey Road Studios, came about via an American Express ‘Backed By’ mentorship scheme.

With all this going on, it looks like Kyan has definitely got his second wind...

Predicted to? Slay it when he hits London’s 100 Wardour Street on 16 October (check Kyan’s Twitter feed for more info).

https://www.facebook.com/kyanmusic/
New Music
Back to top