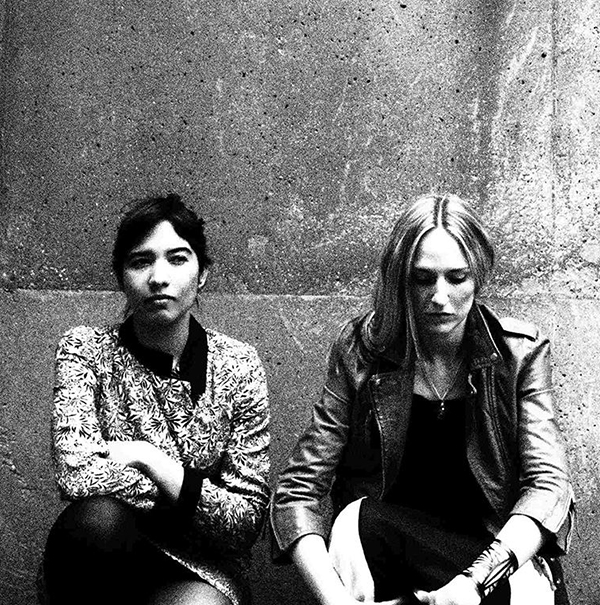 Savages' Ayse Hassan has teamed up with Kendra Frost to explore the outer edges of electronic-led post-punk, using tight bass guitar angles, vocal loops and field recordings to expand their sonic shapes in all directions. Well worth checking...

Who? Ayse Hassan (from Savages) and Kendra Frost.

What? A minimal collision of bass guitars, vocal loops and electronics.

What’s the story? Savages' Ayse has teamed up with fellow bassist Kendra to explore the outer edges of electronic-led post-punk.

They named their partnership after the kite base starting point in origami, a shape made with simple folds that ensures firm foundations for future forms.

Like their namesake, the pair use tight bass guitar angles to provide the bedrock of their sound, while vocal loops, electronics and field recordings expand their sonic shapes in all directions.

Fresh out of the blocks, Ayse and Kendra announced their partnership a few weeks back with impressive debut track Dadum.

It’s a bold stencil of a song, which leaves generous space between the outlines and allows their PJ Harvey-inflected vocals to grow and breathe over time.

Unfussy beats and electronic ticks complete the sketch, lending an icy industrial edge to their sound.

The pair have just a couple of gigs under their belts but have already caught the ear of Clash, Dummy and NME. Further releases are promised, as are more live dates - which could be well worth keeping an eye out for...

Predicted to? Appeal to a more introspective, electronic listener than parent band Savages.

Must hear? The stark minimalism of Dadum: