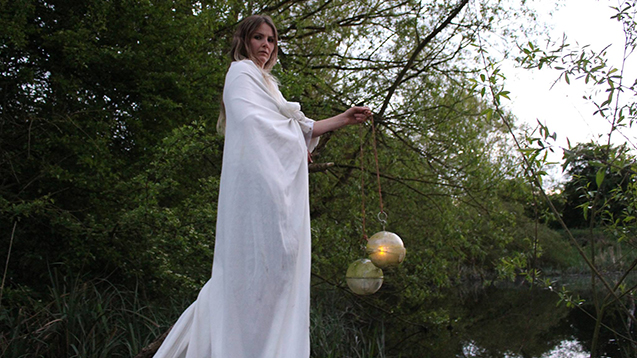 Self-described as 'a fresh and quintessentially English take on millennial folk', Keto's sound is wrapped in lush orchestration, with swathes of violin and strings arranged around her delicate vocals.

Who? Leah Sanderson, aka Keto.

What’s the story? Keto is the lo-fi folk of Nottingham singer-songwriter Leah Sanderson, whose beguiling sounds have been enamouring listeners since the release of her debut EP What We Do, last year.

Since then, she's wasted no time building up her profile, finding fans in the likes of BBC Radio 6 Music’s Tom Robinson, Drowned in Sound and Amazing Radio, and bringing her hypnotic set to Green Man Festival and Glastonbury, as well as a support slot for Julia Jacklin.

Self-described as 'a fresh and quintessentially English take on millennial folk', Keto's sound is wrapped in lush orchestration, with swathes of violin and strings arranged around her delicate and compelling vocals.

Cementing her name as one to watch, PRS Foundation has got behind the promising songstress, supporting her with the Women Make Music fund for the recording and marketing of her next EP.

Recorded in the Outer Hebrides, Blackened Pool is the first track to emerge from those sessions, and it's a beautifully haunting number that cranks up the anticipation for Keto's upcoming headline shows.