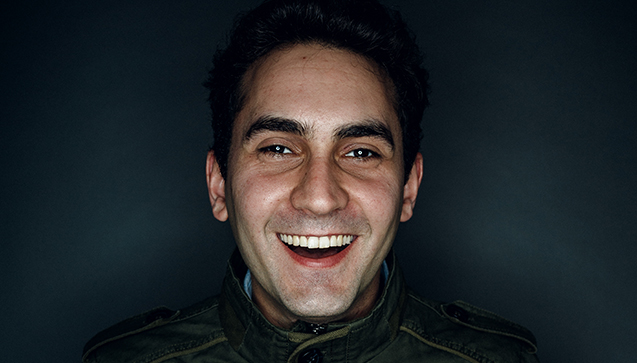 Kemal Yusuf is one of the UK's brightest young composers. Aided by his unique ear and loose approach to genre, he's dabbling in musical theatre, jazz, filmscores and now large-scale orchestral works...

What? One of the UK’s brightest new composers.

From where? Enfield, North London.

What’s the story? Since the age of seven, Kemal has be constructing sounds on whatever instruments lay to hand.

Initially self-taught, he progressed to the Royal Academy of Music under the tutelage of Simon Bainbridge and gravitated towards the natural drama and theatre within music.

He was then closely mentored by the late Sir Peter Maxwell Davies, who became one of his biggest sonic inspirations.

Kemal’s unique ear and loose approach to genre has seen him successfully dabble in musical theatre, jazz, filmscores and now large-scale orchestral works, with his first commission coming from the Norfolk and Norwich Festival last year.

The piece, Cain, was premiered in May 2016 by the Norfolk and Norwich Festival Chorus and the Bournemouth Symphony Orchestra, becoming the first new commission to be aired at the festival for some years.

He’s now focusing on a new piece for the Carducci Quartet, which will be premiered in February in Norwich with further performances planned for London.

In addition to his compositional work, Kemal founded the London Graduate Orchestra with conductor Claire Lampon in 2013.

Its aim is to offer graduates the opportunity to perform in a high standard orchestra and the events programme has taken the team around some of the capital’s quirkiest venues and beyond.

Kemal also sits on staff at the London School of Arts where he teaches piano and composition.