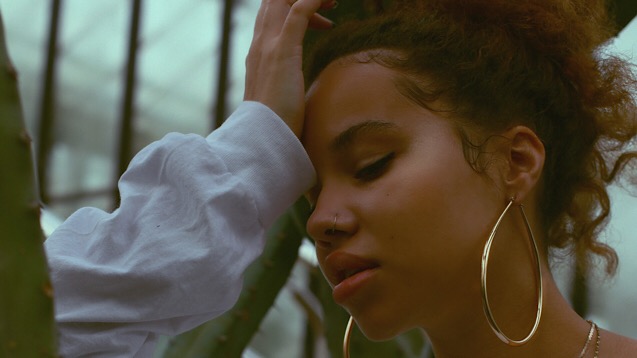 Grrey arrived in 2017 with an acclaimed live performance and has been mesmerising listeners with her musical versatility ever since. Dig in to her summery, freestyling soul here.

Who? Jennifer Jennifer Clarke, aka JGrrey.

What’s the story? JGrrey arrived seemingly out of nowhere in October 2017 with an acclaimed performance of her song Don't Fade on music platform COLORS, which has had 1.9m views and counting. Since then, the girl in the Adidas tracksuit has been mesmerising listeners with her musical versatility, which she says draws from influences far and wide; from rockers Band of Horses to R&B stalwart Erykah Badu.

JGrrey's dreamy soulful ballads showcase her freestyling but expertly harnessed vocal, which oscillates between a deep London lilt and a beautifully delicate falsetto. With only a handful of tracks to her name, the enigmatic singer-songwriter has already won praise from the likes of Clash Music, Wonderland and The Line of Best Fit, while Don’t Fade garnered early radio support from DJ Target, Annie Mac, Jamz Supernova, Phil Taggart, Huw Stephens, Radar and NTS Radio.

Her latest offering, All For You – premiered by DJ Target on BBC 1Xtra – is an uptempo offering that riffs on infatuation, amidst twinkling beats and shimmering harmonies. 'It’s about wanting to give your all to someone, being in awe of somebody... It’s butterflies and finding any reason to be in the same space as that person, it’s texting until the morning and wanting to know all their secrets', she explains.

The track is taken from the upcoming EP Grrey Daze which is set for release in November. Tune in now before it gets massive.

Sounds like? Effortlessly smooth R&B with a gloss of pop.

Must hear? New single All For You.