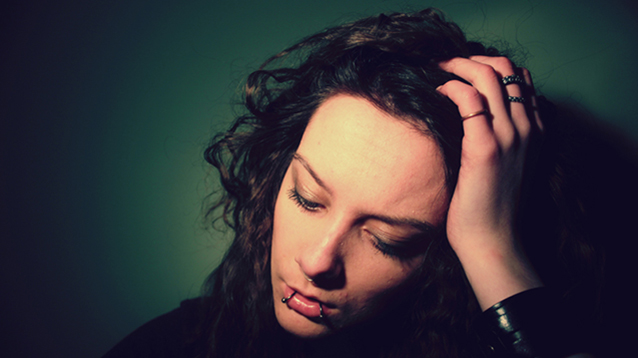 Jealous Of The Birds

Jealous of the Birds is the alter ego of new multi-instrumentalist and singer songwriter Naomi Hamilton. Expect a fanfare of shifting melodies and crushing instrumentation on her debut LP, due soon.

Who? Jealous of the Birds is the alter ego of multi-instrumentalist and singer songwriter Naomi Hamilton.

From where? County Armagh.

Obviously not one to mess about, the release got straight to the point – bringing a solid blast of fresh air with it.

Each of its six songs were woven around shifting melodies and crushing instrumentation as Naomi’s bare pastoral folk collided with darker, weirder influences straight from the gloomy musical depths of early PJ Harvey or Nadine Shah.

Now keen to move away from a purely bedroom folk tag, Naomi’s debut LP Parma Violets (due 6 May) sees her relocate to a professional studio.

With more tools at her fingertips, and producer Declan Legge at the helm, her sound bursts through your speakers, springing from lo-fi indie and fragile folk to baroque pop in a flash.

Ahead of the release, she’s just shared her DIY video for the single Goji Berry Sunset, which has already enjoyed radio support from Annie Mac at BBC Radio 1, Gideon Coe and Steve Lamacq at BBC 6 Music and John Kennedy at Radio X.

Don’t miss her when she performs at the PRS for Music Presents… gig at the Oh Yeah Centre, Belfast on 28 April. Apply for your free tickets here: https://www.eventbrite.co.uk/e/prs-for-music-presents-featuring-jealous-of-the-birds-the-clameens-and-katharine-philippa-in-tickets-22494996139

Sounds like? Cat Power and Nadine Shah got together for a duet.

Predicted to? Pick up plaudits left, right and centre for her audacious debut album.

https://www.facebook.com/jealousofthebirdsofficial/
New Music
Back to top