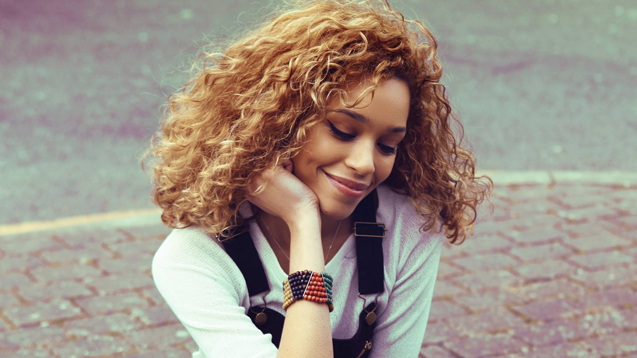 With a nod from the BRITs Critics’ Choice and the BBC Music Sound of 2016 poll, Izzy Bizu is set to be a big noise in 2016. Get to know her and her fresh faced pop here before everyone else starts talking about her...

Who? Izzy Bizu is a fresh faced and fresh sounding 21 year-old singer songwriter.

What? Izzy is an R&B artist fusing classic soul and funk with contemporary pop. Her name is being bandied by tipsters and industry experts as a cert for 2016 success.

From where? South West London.

Born to an Ethiopian mother and English father, Izzy was weaned on some of the musical greats as a child. She cites Ella Fitzgerald, Betty Wright and James Brown as key inspirations and figures in her 21st century hybrid of classic funk, soul, jazz and pop.

Izzy and her own music first got noticed after winning a Camden open mic talent contest. The organiser asked to manage her and she’s never looked back, with her subsequent self-released EP Coolbeanz debuting at number three in the iTunes R&B chart.

Since then she’s continued to chalk up achievements, being asked to support Sam Smith and open for Jamie Cullum at a London Roundhouse gig. Ace tracks including Give Me Love and Diamond have since been played on BBC Radio 1 by the likes of Zane Lowe, Trevor Nelson and Fearne Cotton while she's also supported Rudimental and Foxes on their headline tours. Izzy has also found time to play Glastonbury with BBC Introducing…

Her profile has snowballed in recent weeks after being shortlisted for a BRITs Critics’ Choice award and named on the BBC Music Sound of 2016 longlist. A debut LP is expected in 2016 and is redefining the notion of ‘hotly anticipated’.

Sounds like? Amy Winehouse at her best with an eye on chart domination. Her music is hard to resist…

Don’t miss? White Tiger - it sounds like a hit in the making…