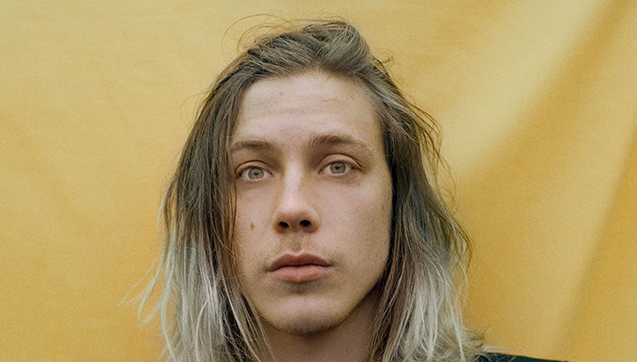 Issac Gracie's acoustic soul-baring has hit a nerve at BBC Introducing and with Apple’s Zane Lowe - with both pledging early support and all-important airtime. Get to know him here.

Who? Isaac Gracie is a 21-year-old singer songwriter.

What? Deep and dusty acoustica.

From where? Ealing, West London.

What’s the story? Despite being brushed over by the Sound of 2016 pollsters, and with just a handful of tracks in the public ear, Isaac has already attracted mountains of hype this year.

His Jeff Buckley-inflected soul-baring has hit a nerve both at BBC Introducing and with Apple’s Zane Lowe - with both pledging early support and all-important airtime.

He’s since followed it up with a cracking EP, Songs From My Bedroom, which is now available digitally, before getting a full vinyl release on 13 May.

With a recent debut headline slot in London a sell-out success, and a standout performance at the PRS for Music Foundation showcase at SXSW, it seems that 2016 is about to get a load more interesting for the West London troubadour…

Sounds like? The depth of Jeff Buckley, the fragility of Sufjan Stevens and the mass appeal of James Bay all rolled into one.

Must hear? The gentle anarchy of Last Words.