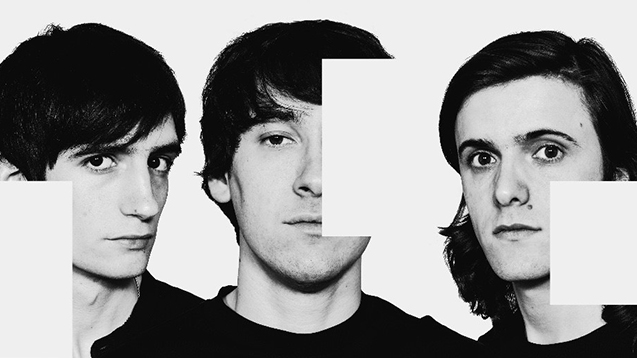 With an open mind for rhythm and influences spanning 70s Italian songwriters to grime, art-rockers Husky Loops are intent on making a genre-bending racket.

Who? Danio, Pietro and Tommaso, aka Husky Loops.

From where? Bologna, Italy – now living in London.

What’s the story? London-based trio Husky Loops introduced themselves in 2016 with debut single Fighting Myself: a chugging track with dirty riffs spawned from Jack White's The Dead Weather and the dance-rock sensibility of Death From Above 1979.

They've worked fast since then, putting out two EPs last year and bringing their electrifying live show to support slots for Spoon, Placebo, The Kills, Sunflower Bean and Yak & Estrons.

With an open mind for rhythm, the trio pour an amalgamation of classic 70s Italian songwriters and contemporary hip hop and grime into their melting pot of influences, creating a shifting sound that is hard to pin down.

Just when you think you've got them nailed with the heavy basslines and pulsating groove of Fading Out, along comes When I Come Home with its sugary sweet guitar and dreamy vocals, sounding like a love song from N.E.R.D.

Not much else is known right now, but one thing is for sure: their February tour dates (see below) are set to be out of this world.

Predicted to? Smash it this year with more EPs, possibly an album. Here's hoping...

Must hear? When I Come Home -