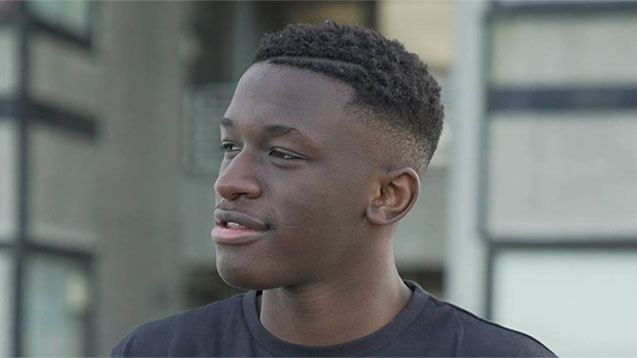 Hardy Caprio is a fast-rising rap ace melding the grime, hip-hop and garage of his Croydon range with slick ease. Don't miss his latest anthem, Unsigned, featuring One Acen...

What’s the story? There’s got to be something in the water down there in South London, with just one postcode responsible for some of the biggest movers in grime and UK hip-hop over the last few years.

From Stormzy and Section Boyz to Krept and Konan – and now Hardy Caprio - CR0’s steady flow of MC talent shows no signs of abating.

We were first switched on to Hardy late last year by GRM Daily’s Saquib B, who name-dropped the young rapper in our Ones to Watch for 2017 tips list.

Since then we’ve been soaking up his soundworld on standout tracks Jazabel, Love Song and Soundbwoy 2.

His latest, Unsigned, dropped around six weeks ago and has already clocked up over two million YouTube views.

Featuring One Acen, who pulls out all the hooks, Hardy adopts part of Giggs’ Talkin Da Hardest flow, punctuating his own tight storytelling with his fellow Londoner's now-legendary 2007 verse.

Now in receipt of PRS Foundation support via its flagship Momentum Music Fund, Hardy is prepping his first official EP. Watch this space…

Predicted to? Stake his claim as one of the UK’s most able new rap talents.

https://www.facebook.com/HardyUK/
New Music
Back to top