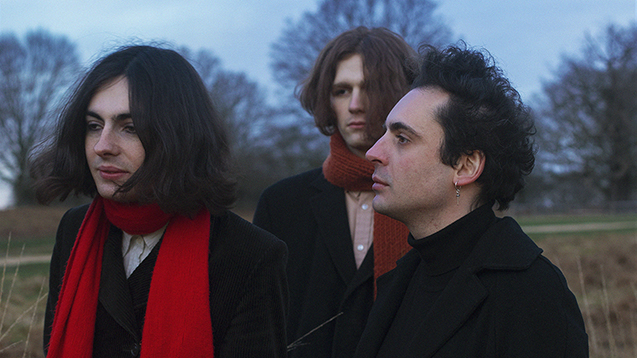 Trading in primitive rock 'n' roll for dreamy, shimmering sonics, the former The Voyeurs guitarist decamped to the English countryside to create his wistful, folk-tinged sound.

What’s the story? Great Silkie is the brainchild of former The Voyeurs guitarist, Sam Davies. Trading in primitive rock 'n' roll for dreamy, shimmering sonics, Sam decamped to the English countryside for songwriting sessions, setting up base in a cottage in Longleat.

Locking himself away by day to write, and taking walks by a local Safari park by night, the project's idyllic beginnings set the tone for its vibrations. All jangly guitar lines and rich melodies, it's an effortlessly laid-bare sound that lures you in with its gentle beauty.

With recruited members Andrew Saunders and Roberto Conigliaro (Mind Enterprises, Lust) on-board, the band recorded their debut single Scared to be Alone in London with Young Husband's Euan Hinshelwood, and have so far played a handful of up-close and intimate shows around the capital.

Scared to be Alone is released today via Crocodile Records on cassette and download.

The trio play the first ever live session for Crocodile TV on 26 March, hosted at the legendary Bark Studio, and are set to announce a run of April tour dates.

Predicted to? Pick up steam with their tour dates and unleash an album this year.

Must hear? Scared to be Alone -