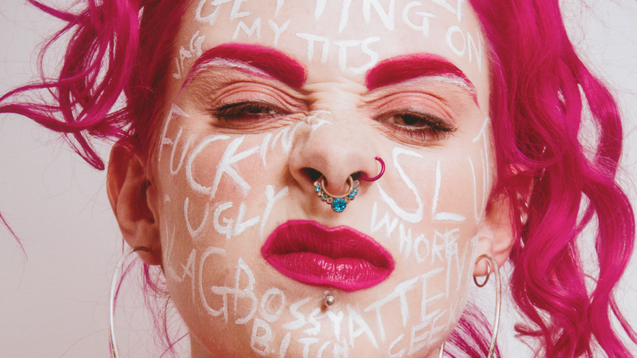 GIRLI is a musical explosion of Hello Kitty, Daphne and Celeste and PC Music taking a bath in Willy Wonka's Chocolate Factory. Get to know her and her hyperactive sound...

Who? GIRLI is a London-based singer/rapper/producer.

GIRLI is a pop star for these hyperactive, online times. Politically and socially active as a teenager (GIRLI was a Young MP for Camden and gave a speech to the Houses of Commons on workers’ rights at age 15), she’s spent the past 18 months getting her music into as many people’s faces and ears as possible.

From gatecrashing the BRITS live on-air to recently bringing her intense and energetic live set to Brighton’s iconic pier for this year’s Great Escape, GIRLI has spent much of 2016 pushing her sugary neon sound.

So far, she’s shown off a discerning ear for a collaborator. Her sonic partnerships include some of the music world’s most exciting producers such as Ragz Originale (Skepta’s Shutdown, Dej Loaf), Z Dot (Stormzy, JME), and Henrik the Artist (Ryan Hemsworth, Diplo).

The previous month GIRLI joined friend and collaborator Oscar on a special remix of his track Breaking My Phone while her latest moment, Girl I Met On the Internet, is a sweet encapsulation of all her influences to date. Catch GIRLI on tour with Oscar this autumn…

Sounds like? The musical equivalent of Hello Kitty, Daphne and Celeste and PC Music taking a bath at Willy Wonka’s Chocolate Factory.

Must hear? New single Girl I Met On The Internet.