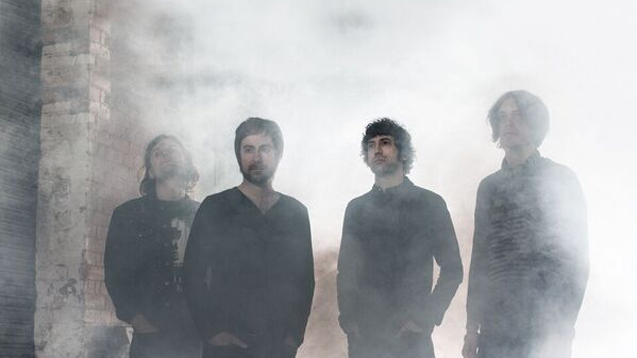 The Cult Of Dom Keller

The Cult of Dom Keller are a four piece guitar act who bow at the altar of the riff. Check out latest LP Goodbye to the Light and catch them on tour this week...

Who? The Cult of Dom Keller. They aren’t a cult, but a four piece guitar act who bow at the altar of the riff.

From where? Supposedly Nottingham but more likely a nearby swamp of distortion, reverb and noise.

What’s the story?  The Cult of Dom Keller have been out in the wild ever since 2007, converting worshippers to their gargantuan mind expanding sound.

Over the course of three albums to date, these so-called #FreakRockGothPsychAlchemists have woven together a spiralling wall of music, full of drones, harmonies and guitar crunch.

Their latest LP, Goodbye to the Light, was picked up by esteemed London imprint Fuzz Club (A Place To Bury Strangers, Dead Skeletons) and released to glittering reviews back in July. It’s an enticing mix of melody and black arts, all coated in a thick aural film.

Speaking of first single Broken Arm Of God, the band said ‘we wanted it to sound like a volcano giving birth to an atomic bomb’ which is a good indication of where their collective head is currently at. The band go out on tour this week to hammer their recent success home.

Sounds like? Classic psyche but with a darker voodoo running in their midst - think the Brian Jonestown Massacre, Kyuss and the Horrors enjoying a freak out in the desert and you’ll be getting close…

Must hear? Latest album Goodbye to the Light is their most complete work to date and a great entry point to their sonic dimension. Leave your minds at the gate.