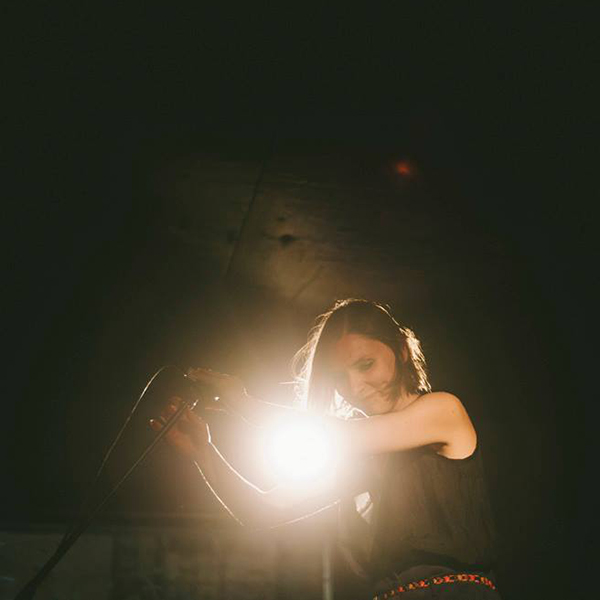 Colleen is a multi-instrumentalist who channels the tight-chest pulses of German techno with loop pedals, acoustic instruments and synths. Don't miss her stunning new album Captain of None, out now through Thrill Jockey.

What? She’s a pioneering multi-instrumentalist who’s driven by repetitive patterns and shifting melodies.

From where? France, now based in Spain.

By riffing on the hypnotic shapes most associated with European club culture, Cecile’s swooping loops take on a trance-like quality similar to that of dub techno or deep house.

But there’s yet more levels to her music - Cecile has a massive love for loose Jamaican dub and a rare understanding of European folk cultures, both of which help feed an erratic sound that veers from minimal to baroque as the layers build.

Over the years, she’s commandeered musical instruments past and present to fuel her aural experiments, from the melodica to the viola da gamba and creaky old music boxes.

Her new album, Captain of None, released earlier this year through Thrill Jockey, sees Cecile at her most openly melodic as - for only the second time after fourth LP The Weighing of the Heart - she concentrates on using her voice to build the song structures.

Having won high praise from Pitchfork, the New York Times and a host of US blogs, she’s just closed her first American tour, which saw her take her odd European musings to unusual locations across the States.

She’s also received a lot of love this side of the pond too, with a recent BBC 6 Music live appearance and Fact mix under her belt.

Outside her prized studio work, Cecile has also collaborated with musicians from all disciplines for live shows and installations around Europe. Her music was also used as the soundtrack for Samantha Morton’s first film The Unloved.

Notable commissions include a collaboration with Naja Orchestra, the Serie music score for a Perrine Valli dance piece, and various placings across British documentaries and films from Channel 4, Film4 and BBC 1.

Sounds like? …nothing else. Although you could imagine Cecile doing something really interesting with William Basinski and Julia Holter.

Predicted to? With the success of her latest album, it’s likely Cecile will continue on her odd trajectory that will see her collaborate ever more widely.

Must hear? Captain of None – the title track of Cecile’s new record: