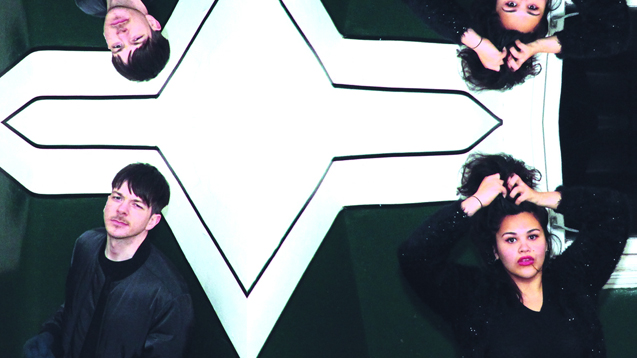 1/2 mechanical scientist, 1/2 BBQ restauranteur, Bossy Love are flipping expectations rather than burgers with their neon fusion of r’n’b and electro. File as ‘ones to watch’…

What? They describe themselves as a cocktail of ‘tropical, r’n’b, pop, songs’. On point.

What’s the story? Vocalist Amandah is a mechanical scientist while beatsmith John Baillie Jnr is a BBQ restauranteur and previously of indie rockers Dananananaykroyd.

Bossy Love have since concocted a full live line up featuring live drummer and analogue synths and enjoyed an increasingly hyped residency at Edinburgh’s Bongo Club. At the same time, they've simultaneously unveiled a string of jams upping the ante with latest moment Want Some. They’ve also just been announced as finalists in Glastonbury’s Emerging Talent Competition 2016 so you’ll be hearing plenty more from them this year.

Sounds like? The coolest, funnest Janet Jackson and Prince-loving gang you’ve always dreamed being part of.

Must hear? Want Some is a summer heater in waiting. Listen below.