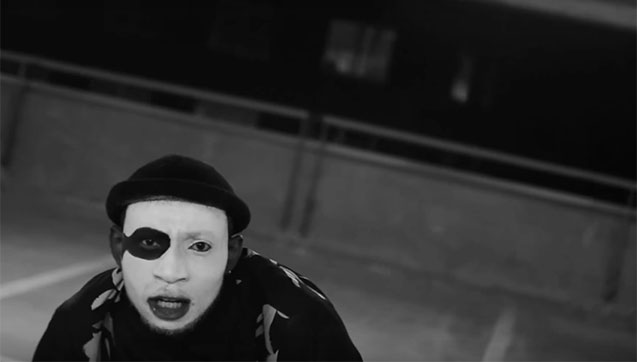 Blackfish Collective are a renegade Afropunk/grime/electronic mash-up of immense proportions. It’s a musical manifesto that definitely works: each of their tracks sound unlike anything else...

Who? Caleb, TheVice, MO-TABS, PRNC$$, The Trap Queen, SquareHead, Briggz God and KAZI are the creative force behind Blackfish Collective.

What? A renegade Afropunk/trap/grime/electronic mash-up of immense proportions.

From where? London via Dublin.

What’s the story? This sprawling collective have past form in a number of other underground guises, but together as Blackfish they’ve created a space for unbridled creativity that’s seen them cross geographic and genre boundaries in a radical new way.

Originally from Ireland, they recently relocated to London, absorbing the grit and grime of the city’s notorious nightlife, only to beam it right back.

With inclusivity at the centre of their sound, they’ve hit on an expansive formula that mixes voodoo vibes with trap, grime and outré electronics.

It’s a musical manifesto that definitely works: each track sounds fresh as daisy, unique from each other and pretty much everything else out there.

It’s no wonder that the Afropunk: London Battle of the Bands judging panel got it. Meeting last week to decide on the act most worthy to win a slot at the festival on Sunday 23 July, they unanimously settled on Blackfish Collective.

PRS for Music’s Stefi Pavlou (who was one of the judges) came back wide-eyed and happy from the panel, which took place at The Sackler Space at London’s iconic Roundhouse venue. No wonder. This lot are a formidable live turn that deserve tracking down…

Sounds like? Rampant experimentalism in the best possible way.

Afropunk: London was sponsored by PRS for Music and SoundCloud. Check out our festival playlist here for some of the British big-hitters who graced the bill.
New Music
Back to top