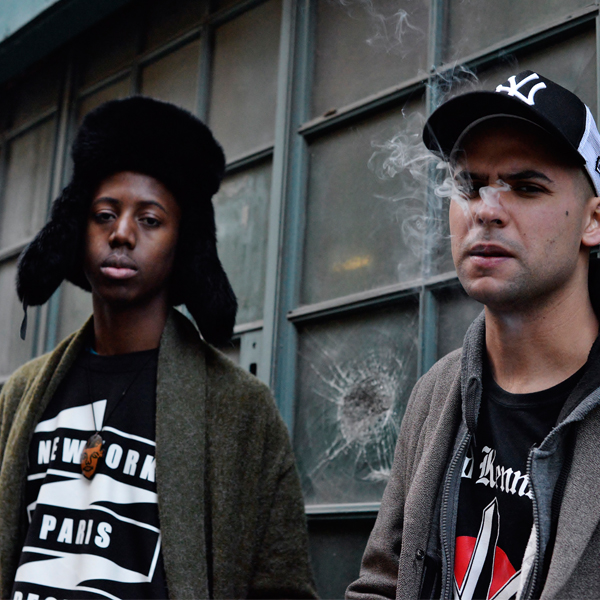 Binker and Moses are one of the most formidable new forces in British jazz. They’ve enjoyed a great 2015 with debut LP Dem Ones channeling the spirit of John Coltrane and helping the pair win a MOBO for best jazz act…

Who? Binker Golding and Moses Boyd

What? Tenor saxophonist Binker and drummer Moses are two of the most exciting young jazz musicians around.

Binker and Moses are proficient, excellent musicians in their own rights with Binker leader of his own quartet and co-director of the Nu Civilisation Orchestra. Moses won the Worshipful Company of Musicians 2014 Young Jazz Musician Award and received backing from the PRS for Music Foundation’s Steve Reid InNOVAtion Award. So when they come together, you can imagine how good the quality of the musicianship is.

Originally meeting through double bassist/educator Gary Crosby’s Tomorrow’s Warriors jazz programme, they toured extensively together as part of Zara McFarlane’s band. They hit it off, improvising and jamming between gigs and soundchecks and chose to enter the studio to commit their experiments to tape.

Debut LP Dem Ones is the result, a six track LP stripped back affair where the emphasis is all about the playing rather than production polish. Recorded in the live room at Mark Ronson’s Zelig Studios and released by analog lovers Gearbox Records, it’s got echoes of the greats but with its own ace, hypnotic sound. The MOBO Awards agreed naming Binker and Moses as best jazz act/best jazz album for 2015 at their recent event.

Sounds like? Channelling the spirit of originals such as Coltrane and Sun-Ra with a contemporary twist…

Predicted to? Turning on a whole new generation of listeners to jazz sounds.

Must hear? Dem Ones needs to be digested in one sitting… but Black Ave Maria is a good place to start… listen below…

Visit the Gearbox Records website to find out more.