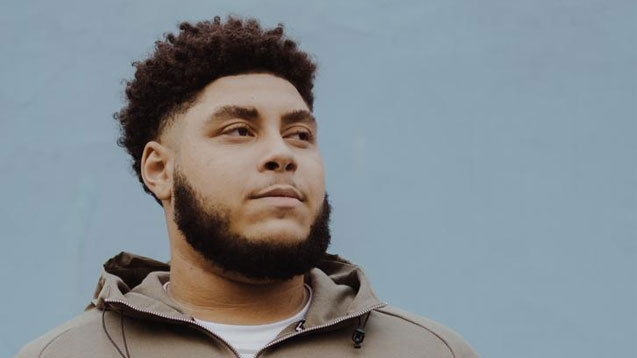 Against a backdrop of major label signings and widespread industry props, grime emcee Big Zuu is keeping things true with his lyrical gravity and unswerving flow. Get to know him here...

What? A rising emcee putting the grit back into grime.

From where? West London.

What’s the story? Against a backdrop of major label signings and widespread industry props, rappers like Zuu are helping keep things true with their lyrical gravity and unswerving flow.

The former youth worker first found his calling via Channel U, an era-defining radio station founded by the late Darren Platt in 2005 to serve the then criminally under-represented genre.

Coming up through the MTP crew, which has also given us AJ Tracey, Sketch, Ets and Wax, Zuu earned his stripes MCing on stations including Radar Radio, where his ace monthly airing, The Joints Show, has helped him gradually cross over to bigger audiences.

Last year, Zuu officially arrived, with love from GRM Daily and the MOBOs, an appearance on Charlie Sloth’s Fire in the Booth and the release of his Big ZuZu EP all signalling bigger things.

This January, he came storming out the blocks with Hold Dat, an eclectic four-track EP which features production from Tre Mission, Lolingo, Splurt Diablo (aka Merky Ace), JG and Nyge.

In the same month, he smashed a headline show at Oslo, London, and secured support from PRS Foundation’s International Showcase Fund to attend SXSW in Austin, Texas.

He’s now gearing up to show the US how they do things in West London, with a slot on the bill of the anticipated BBC Radio 1Xtra and PRS for Music showcase at the Texan festival.

Sounds like? Together with his pal AJ Tracey, it sounds like a new grime force is in its ascendancy.

Must hear? The epic Blatant Truth from Hold Dat –