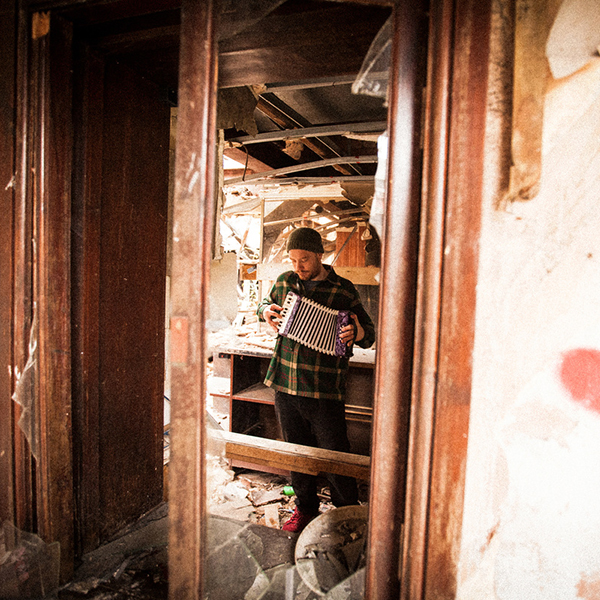 Multi-instrumentalist Bastien Keb creates dusty, soulful sounds that pay homage to past masters of US funk and jazz including The Meters and Sun Ra. His debut LP, out now, is a wholesome, meaty listen that's not to be missed...

Who? Bastien Keb is the stage name of Seb Jones.

What? A multi-instrumentalist who peddles a unique blend of organic, experimental funk.

From where? Originally from Lemington Spa, currently residing in Peckham.

What’s the story? Bastien Keb is a dextrous multi-instrumentalist, who started out writing music for TV and film.

More recently, he’s distilled his skills into a debut solo album, Drinking in the Shadows of Zizou, which was released on One Handed Music last month.

Alongside label mate Mo Kolours, he creates dusty, soulful sounds that pay homage to past masters of US funk and jazz.

A guitarist first and foremost, you’ll also hear him play trumpet, bass, drums and flute in a musical template that belies a deep love for Curtis Mayfield and Sun Ra.

Track titles such as Chicken Stomp and Pork Belly conjure the gritty urban blues of The Meters and the Deep South, while woozy drum machines and folk-inflected vocals elsewhere on the record recall Bon Iver or Adem.

Altogether, it’s a warming mix of styles that gently collide to create a psychedelic tapestry of sounds. Well worth getting your teeth stuck into…

Catch him supporting Mo Kolours at his album launch gig on 12 November at The Pickle Factory, London.

Sounds like? Think Flying Lotus jamming with Art Ensemble of Chicago and you might be near the mark.

Predicted to? Feature on some of the more discerning Best Album of 2015 critics’ lists.

Must hear? The wonky, understated groove of Beat Without a Heart: