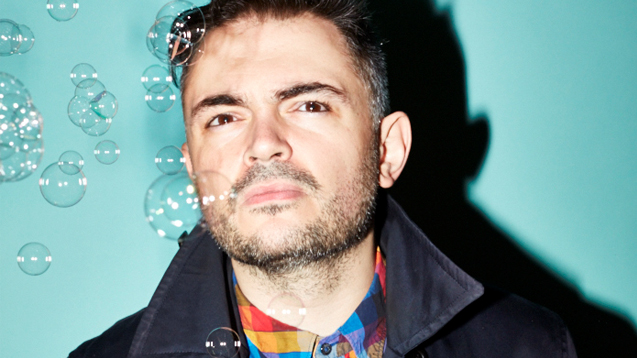 Austin Ato is a new producer making big room house with an even bigger heart. Get to know him and his ace Break My Fall EP, out now on TMT Records…

What? Classic big room house music with an even bigger heart.

From where? Austin used to live in London but has since moved back up to the west highlands of Scotland. He has a large studio and sometimes goes outside and climbs mountain.

Afrobeat, house, jazz, disco - you name it, as long as it can make you move, then producer Austin Ato is all over it.

Dreams is his big moment so far, a track that emerged back in 2015 and was hammered by Radio 1 over the summer. Unfortunately it featured a sample that Austin couldn’t clear, so it was never actually released. In his own words – ‘This is why he usually doesn’t sample’.

His new EP Break My Fall is now out via TMT Records. The title track features Kenzie May on vocals and comes on like the Knife if they were from Detroit rather than Scandinavia.

Take Me To The Desert flits with minor, major emotions while Drumlife is drums, chanting and an arp. All are great and together make a pretty decent introduction to a dance music producer on the up and up.

Other business? Well he’ll be shortly launching his own label: Fantasy Streetwear, to release music on. He also also makes pure, skeletal techno as Coba and his first release on Dusky’s 17steps label is out now.

He also ‘wants to stay in the EU, drink more coffee and play disco at your party’. Sounds good to us…

Sounds like? An assured and talented producer blurring the lines between the club and (potentially) the charts…

Predicted to? If Disclosure and Duke Dumont can go both boom in the night and on day time radio, then there’s no reason why Austin can’t do the same.

Must hear: You already know Dreams. So get on this new Break My Fall EP, the soundtrack to your summer.