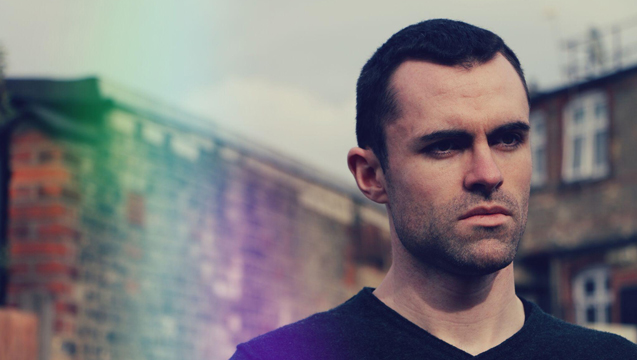 We chat to melancholic synth extraordinaire Knightstown, who draws out ethereal, emotive, dream-like electronics overflowing with harmony and pop savvy.

Behind the magic is composer/producer Michael Aston, who has been evoking poignancy in his otherworldly electronica since debut single First Cry made the rounds in 2017.

This month saw the release of Brighton-based Knightstown’s self-titled debut album, a release that crystallises every single essential element of the project’s ethos in a gorgeously mindful brevity.

Fusing elements of classical, downtempo and ambient music, Knightstown urges you to sink back into its warm, squishy synth-scape for 10 blissfully restorative tracks.

Working with his producer and cousin, Thomas Aston, the pair have crafted a bittersweet, enigmatic release that somehow occupies an intangible musical space between Sampha and Bach.

Following the release of the album, we caught up with Knightstown to talk about his inspirations, current obsessions and Captain Corelli’s Mandolin, of course.

It may have been ‘Surf’s Up’ by Brian Wilson/The Beach Boys. I remember travelling home from a camping trip in France - on the minibus my friend introduced me to it, he let me borrow his headphones. I was completely transported - particularly by the last minute of the song, which explodes in colourful polyphony circling around the sequence of F min7, Cm/F, Bb maj, C minor.

Back in secondary school - Daniel Bedingfield! I make no apologies. I loved those first two records when I was a kid.

Violin officially. But there’s footage of me as a toddler in dungarees playing a toy guitar like a violin with a stick…so sort of a hybrid really. Not a very dignified moment.

Less so these days, but I used to overlook the golden rule of ‘Less is More’ when writing music - I used to cram material into my student pieces rather than develop the potential of just one or two ideas - classic sign of an amateur.

My old composition tutor Peter Copley, who encouraged me to learn the ‘ancient art’ of composing in my head without any instruments/external stimuli. It was a real challenge, but the rewards are worth it. Some of my best work has emerged from this ‘pencil and paper only’ method.

Recently a lot of discoveries have come through Spotify, or my friend C Duncan who I toured with a lot 2016-2017. I love his music and his musical taste suits mine (most of the time). There’s also a little Youtube channel called Electronic Gems which routinely puts out great tracks.

Pitchfork Paris maybe - I remember we played our set with Chris, and then we got to see Bat for Lashes, and Todd Terje just before we left - I don’t think I’ve ever had so much fun dancing. I hadn’t heard gems like Inspector Norse before.

I’m a bit old-fashioned - I love reading books and walking in nature and listening to the radio. I’m quite into philosophy and spirituality. And my favourite new pastime - not being on my phone.

I read Captain Corelli’s Mandolin recently, a great book - and now I want a mandolin, it’s so childish. It’s a great instrument, and easy to pick up quickly if you’re a violinist as it has the same strings.

On the upbeat side - probably my latest single Catcher.

On the more downtempo side - there’s a track on my album called Moon.

More creative projects with Thomas Aston and my bandmate Matthew Hodson, there have been a couple of really fun projects for EMI Production Music recently, plus I’ve been taking a break from pop writing this summer to write some solo piano pieces.

Listen to Knightstown's debut album in full below: