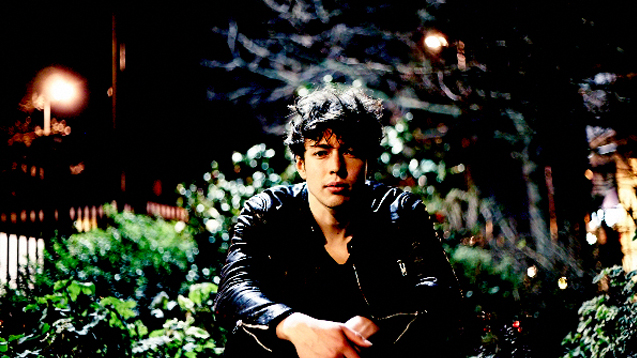 UK singer songwriter Barns Courtney has been making waves on the other side of the pond with his eclectic take on blues and soul. We find out how…

UK singer songwriter Barns Courtney has been making waves on the other side of the pond with his eclectic take on blues and soul.

It’s suitably fitting for Barns and his music. Born in Ispwich but brought up in Seattle before returning to the UK, he’s spent the year touring the length and breadth of the US, performing almost 80 shows just armed with his voice and guitar.

His mix of grunge, soul and gritty blues has done well in viral charts as well as in the live arena with Glitter & Gold reaching more than 3.5m Spotify streams. Another track, Fire, was featured in the Bradley Cooper-starring feature film Burnt, going on to be a US radio hit.

Barns has since supported Tom Odell and will be back in the States with Fitz and The Tantrums later this month. For UK music lovers wanting to find out more, he’ll be performing live at London’s XOYO on 30 November. In the mean time, meet him in our 30 seconds…

I first started writing music because…
I guess it’s just in me. I started making up little songs before I was interested in girls or had a real concept of what fame was. There are pictures of three year old me singing to an assortment of teddy bears with one of those big plastic toy microphones.

I have been making music since…
I can remember.

My music is…
An enormous regurgitation of all the nebulous shit that goes on in my head.

You'll like my music if you listen to...
Your heart.

My favourite venue is…
Anywhere that’s packed and sweaty.

Music is important because…
It’s a universal language. It can take you into the different worlds and give you insights into yourself and others.

My biggest inspiration is…
Struggle.

My dream collaboration would be…
Kanye West or Julian Casablancas.

To try me out, listen to my song…
Fire.

If I wasn’t making music I’d be…
Suckling the teat of a stray cat in a ditch somewhere.

In 10 years’ time I want to be...
I’m actually just so happy to be doing this for a living. If I’m lucky enough to still be doing it in 10 years that’ll be crazy. I’d love to get into acting at some point in the future.

Get tickets for Barns Courtney's gig at XOYO.

Listen to Glitter and Gold.