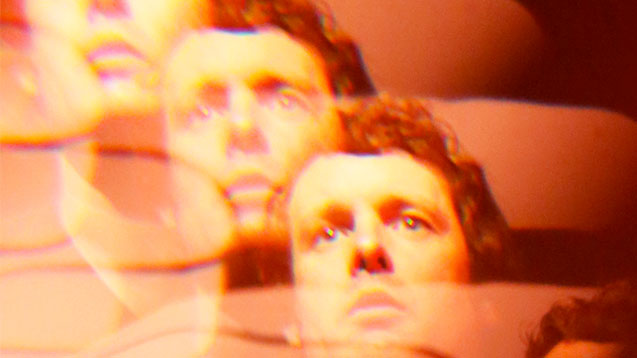 Manchester lysergic pop outfit Whyte Horses have been crafting warm squidgy sounds revered by none other than Noel Gallagher, Badly Drawn Boy and La Roux since 2014.

The musical magpies take their songwriting cues from tropicalia, psychedelia, cosmic soundtracks and sixties’ era Laurel Canyon, splicing it all up with technicolour studio wizardry. It’s a winning, kitchen-sink formula, which piles sun-dappled melodies and languid hooks over fuzzed-out indie-rock.

2016’s debut LP, Pop Or Not, won them love from BBC Radio 6 Music, NME, The Quietus and more, while latest release Empty Words (2018) further upped the ante, helped by guest appearances from La Roux and Melanie Pain (Nouvelle Vague) among others.

Now preparing to bring the Whyte Horses Experience to the Royal Festival Hall next month, with The Go! Team, Melanie Pain, La Roux, Badly Drawn Boy and St Barts Choir in tow, it seems the band are set to cement their reputation as the musician’s musicians.

Ahead of their show at the Green Man Festival this weekend, main man Dom Thomas, co-founder of the ace reissues and oddities label Finders Keepers, lets us in on their world…

I remember being obsessed with the intro to Monkey by George Michael. The only good song to ever have the word monkey in it.

I never really went to gigs, I was more interested in DJing. I had a Saturday job buying house imports from America and Europe, so DJing was my first experience of live music.

An upright piano at my gran’s house. I couldn't play it though.

I'm a lazy musician - I never practice my scales.

Learn how your favourite song was made.

The Barbican or Royal Festival Hall.

Art and film are more of an inspiration than music in a lot of ways. I love documentaries like Soft Self Portrait of Salvador Dali.

Counting Down the Years.

Our show at Southbank Centre in September, another show in Paris in December then starting the next record.

www.whytehorses.com
New Music
Back to top