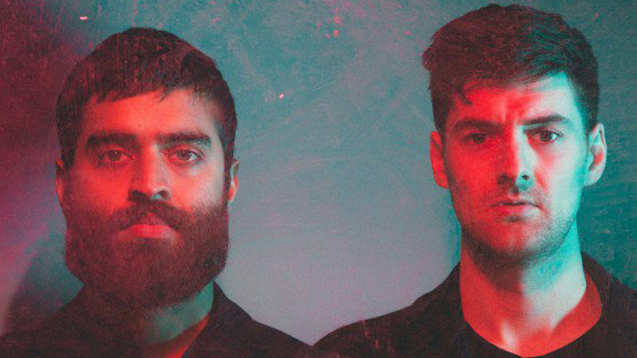 Aman Singh and Johnny Drain are Tweaks, an enigmatic pair making artful pop full of melancholy and bass. Meet a duo looking to the night for inspiration…

Tweaks are a duo comprised of music makers Aman Singh and Johnny Drain; when the pair combine their loves and skills, together they make enigmatic pop music reverberating with darkness and melancholy.

Originally both from Birmingham, though recently living in different cities (and even countries) - Johnny, a physicist, in Copenhagen, Aman, an architect, in London – Tweaks are now set up in the UK capital.

Having previously shared Sisters, a widescreen alt-pop track accompanied by an arresting video by filmmaker Jake Hopewell, the pair have just unveiled their debut four-track EP of the same name.

While the release shows off their exquisite record collections, with shades of Arthur Russell, Prince and Yeasayer all contained within, ultimately the duo have distilled the perfect balance of night time and soul into a sound that could be no one but themselves.

Listen to the pair's 30 second interview here - and below you can stream the Sisters EP.