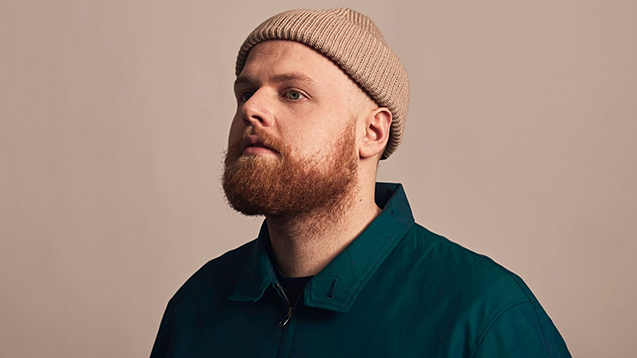 With over 75 million streams of his music and a sold-out UK and European tour underway, Mancunian vocal powerhouse Tom Walker is set to dominate 2018. Get to know him here...

Mancunian vocal powerhouse Tom Walker pours his heart and soul into his uplifting, chock-full of hooks songwriter sound and it's paying off.

His current single Leave a Light On has hit the iTunes top 10 in 22 markets, he's sold over 1.2 million singles globally and right now, he's fresh from a performance on America's quintessential morning show, Today.

It's been a rapid climb since releasing his first single two years ago (featuring multi-disciplinary visionary Kojey Radical), and now, 75 million digital streams of his music later, he's set to dominate 2018.

Appearing on several ‘ones to watch’ lists at the start of the year, including BBC Music’s Sound of 2018 longlist, anticipation for his debut record is fever-high, and he's just set off on his sold-out UK and European tour.

With all that going on, we managed to squeeze in a quick-fire round of questions to find out what makes him tick...


What was the first song you developed an obsession for?
Bob The Builder.

What’s the first gig you went to?
AC/DC in Paris when I was nine.

What’s the first instrument you ever got hold of?
Violin.

What is your worst musical habit?
Writing every song in different tunings on my guitar gets really complicated at times.

What’s the best piece of musical advice you’ve ever been given?
Always bring biscuits to a writing session.

Where do you discover new music?
Playlists online.

Who is your current favourite band/artist?
Loyle Carner.

What inspirations outside of music impact your songwriting?
Bad things that happen to good people.

What track of yours best represents your sound?
My next single, Angels.

What’s next for you?
Touring and more touring... UK tour in March and European tour in April then loads of festivals over the summer.