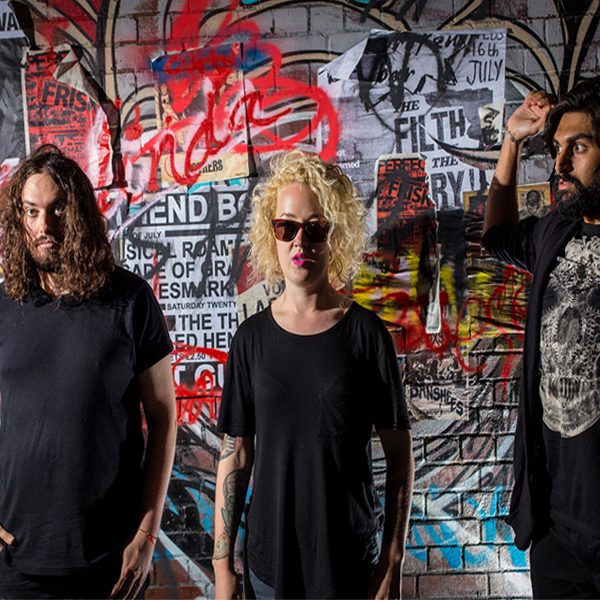 Thunder On The Left

London trio Thunder on the Left a small band with a large sound. Describing themselves as a ‘political girl-fronted heavy rock band fucked off with everything’, they’re gearing up to take 2016 with their riotous music.

London-based trio Thunder on the Left a small band with a large sound.

Taking their name from the 1925 book written by Christopher Morley, the group didn’t so much emerge over summer 2015 as take a sledge hammer to it, with the heavy shake, rattle and roll of tracks Sick and Fact from Fiction.

The group - Carla Tully- guitar/lead vocals, Adam Kingsley - bass/vocals and Arun Dhanjal - drums/vocals – have picked up a feverish following with their urgent live shows and strong political views, marching in tune with an increasing number of musicians expressing their distaste with those in charge.

After the release of their rapturously received EP, The Art of Letting Go, in October, they’re now preparing to take on 2016, initially with a live show planned for Camden’s Barfly in February. Get to know them here…

We first started writing music because…
We wanted to.

We have been making music since…
March 2015.

Our music is…
Riffy, heavy rock.

You'll like our music if you listen to...
Rage Against The Machine, Tool and Queens Of The Stone Age.

Our favourite venue is…
Messy.

Music is important because…
It can change someone’s life.

Our biggest inspiration is…
Any band who has made an original imprint on music and culture without compromising themselves.

Our dream collaboration would be…
Josh Homme (producing).

To try us out, listen to my song…
Fact From Fiction.

If we weren’t making music we’d be…
Miserable.

Watch the video for recent track Sick below.