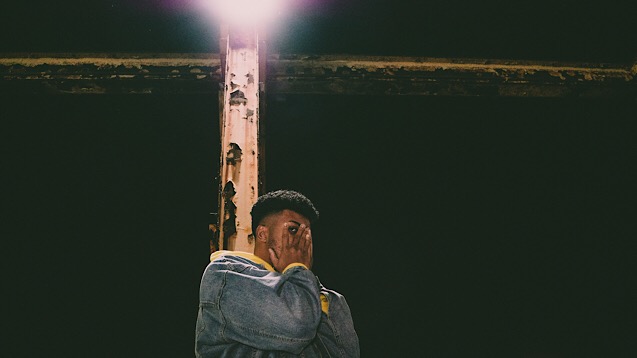 Liverpool-based alt-RnB artist Sub Blue creates introspective, chilled out ‘suburban blues’ that bring a British spin to the laidback sounds of Frank Ocean and The Weeknd. Get to know...

Liverpool-based alt-RnB artist Sub Blue creates introspective, chilled out ‘suburban blues’ that bring a British spin to the laidback sounds of Frank Ocean and The Weeknd.

As influenced by the music of his parents (The Notorious B.I.G, 2Pac) as he is the new wave of hip-hop and RnB, he’s crafting conscious sounds for a clued-up crowd.

‘It’s about how we live our lives carefree; spending money, doing whatever it is we want - without worrying about consequence or seeming not to…’ he says. ‘But behind all that, we are all fighting our own battles that not everyone knows about.’

Radio support has come in from BBC 1Xtra, Rinse FM and BBC 6 Music, while his stream count has broken the half-million mark – pointing to a big 2019 for Sub.

Here, he lets us in on the influences and inspirations that drive him…

I think the first song I developed an obsession for was Juicy by Biggie. I remember growing up my parents playing it a lot around the house. That and All Eyez On Me by 2Pac.

I think the first show I went to was to see Shaggy - I was only around four or five at the time.

The first instrument my parents bought me was a blue Fender Strat; that was when I fell in love with playing guitar and just wanted to perform.

It would probably be leaving a lot of my writing till the last minute; I find that I write some of my best songs when I’m under pressure.

I think the best piece of musical advice was given to me by both my managers and that was just to always be working at your craft if you want to be at the best of your ability and be successful.

Mainly through word of mouth. Me and my friends are always sending each other new songs and artists that we should check out! I think SoundCloud is probably the main place for all the underground artists.

I think my favourite venue is probably Brixton Academy. I watched Frank Ocean for the first time ever in there and it just had such an amazing atmosphere.

I’ve been listening to a lot of Zion recently. I’ve had Friendzone on repeat.

Life experiences are what inspires me outside of music, whether that’s heartbreak, life or personal struggles or something me or my friends are going through. I pour a lot of those emotions into my songs.

I think my latest single Think We’re Fine represents my sound. I remember being in LA in the studio and after finishing writing it we just knew we had a ‘good one’.

I plan on putting out this next EP and doing a headline show in London and hopefully going on a small tour next year.