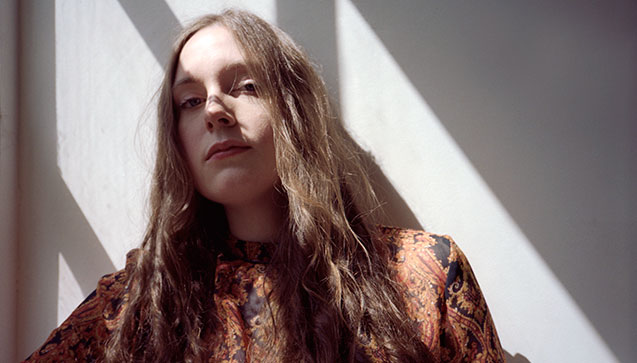 Sephine Llo's debut LP I, Your Moon, is a deeply moving tribute to a young life cut short and a new life beginning, reflected through the otherworldly incantations of an artist in her stride.

Award-winning songsmith and sonic explorer Sephine Llo has already lived through more than a lifetime’s worth of experiences – her musical output rippling with the emotional clout of love, loss and new beginnings.

Following her accelerated development in the classical world as a child, she began investigating lesser-known sounds and instruments, incorporating field recordings, kora and sanxian (a form of Chinese lute) into her earthy experimentation.

The results are a gentle blend of archaic folk, electronic glitches and beautiful melodic distortions, leading to comparisons with Bjork, Joni Mitchell and Kate Bush.

Her debut album, I, Your Moon, which has been in the works since 2014, was delayed when her husband and musical collaborator Robert Lloyd-Wilson (of Autumn Chorus) was diagnosed with cancer. After a two-year battle, and only a few weeks after discovering they were expecting their first child, he tragically passed away.

Now I, Your Moon is set to be finally released on 27 October. Written, recorded, produced and mixed by Sephine, it pays homage to Robert, who contributed backing vocals and some co-production.

It’s an intricately layered, deeply moving tribute to a young life cut short and a new life beginning, all reflected through the otherworldly incantations of a musical wunderkind in her stride.

Here, Sephine tells us more about her musical background…

What was the first gig you went to?
Honestly? It was the boyband 5ive, I was a sucker for pop, though if I'd had the choice at that age it would have been The Beatles. They were my favorite band as a child, I was so obsessed with them that I went and got the classic bowl haircut.

What was the first instrument you ever got hold of?
I think it was a little red recorder with coloured buttons - it probably made a very loud, unpleasant sound, my poor parents!

What is your worst musical habit?
Not practicing - growing up I always relied on my sight-reading and a last minute scale blitz before an exam… Having said that, band rehearsals are great fun these days.

Where do you discover new music?
Usually through friend recommendations.

Who is your current favourite band/artist?
That's a tricky one, I usually like listening to very diverse compilations. I've had a lot of John Taverner on my playlists recently.

What inspirations outside of music impact your song writing?
Day-to-day new noises and rhythms usually inspire the spark for a fresh song idea. For example on the maternity ward in the hospital where I gave birth to Laurence, the various breast pumps and pager bleeps created some interesting cross rhythms that I made a note of.

What track of yours best represents your sound?
I think Home is probably the most thorough covering my choral, orchestral, folk and sound sampling facets - that track has everything from violin solos to the sound of my scanner and some train tickets brushing together.

Well, motherhood is rather all-consuming at the moment! But, once we're out of the newborn haze and I've had more than two hours sleep, I'd like to start work on some new material. I have a collection of my late husband's (Robert of Autumn Chorus) unfinished compositions and hope to sample and develop them along the way, exploring my grief as well as the joy of bringing our son into the world.

Sephine Llo’s debut album I, Your Moon is out 27 October on Tape Club Records. Pre-order from iTunes here