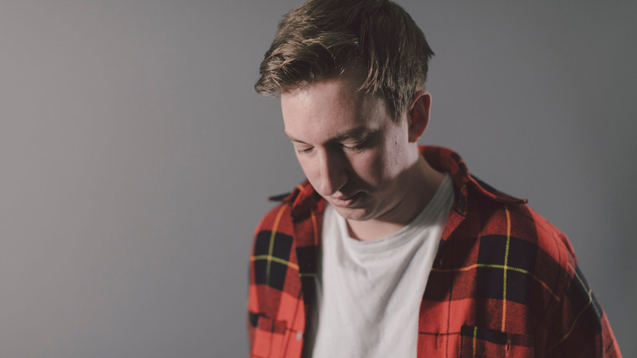 Post rock, shoegaze and Americana are all in the musical sphere of the Anglesey born singer songwriter Sam Airey. We spend 30 seconds with this talent as he releases debut LP In Darkened Rooms…

From post-rock to Americana, Anglesey born, Leeds based singer songwriter Sam Airey uses a diverse range of styles as vessels for his music.

Having been championed by the likes of Huw Stephens and Lauren Laverne, and played gigs everywhere from Latitude to Festival Number 6, his has been a steady rise to the top, one which should only be heightened by the release of his debut record, In Darkened Rooms via his own Hide & Seek Records (also home to the Post War Glamour Girls and Dancing Years).

Recorded in a studio overlooking the mountain range of Snowdonia, the record is the perfect introduction to Sam and his music, showing off his love of noisy guitars, ambient styles and the traditional folk he was weaned on.

What was the first song you developed an obsession for?
My dad had this old cassette of stuff he'd taped off the radio, and I remember it had Girlfriend in a Coma by The Smiths on it which I played on repeat. I loved the humour in the lyrics. That's probably the cooler answer; honestly though, it was most likely something terrible from one of the Now compilations.

What's the first gig you went to?
I can't remember if it was definitely the first but I went to see Idlewild in Bangor (North Wales) when I was 15. It was an 18+ show and I somehow managed to sneak in despite some friends in the year above not managing to. There's not really much of an infrastructure for touring bands in the area so it was fairly rare that decent acts passed through. In that sense, it was pretty special - I was a big fan at the time.

What's the first instrument you ever got hold of?
I started playing trumpet in primary school before learning drums and guitar, so it was probably that. It's fair to say my brass band days are well behind me but it was my first experience of playing music with other people, which ultimately I think is a pretty positive thing.

What is your worst musical habit?
In terms of songwriting it's maybe not persevering with certain ideas enough - I have loads of different ideas that don't become finished songs, simply because they haven't developed naturally. I think it's pretty normal to feel like the best songs come easily but I definitely need to work harder on the ones that don't.

What's the best piece of musical advice you've ever been given?
To not get overly hung up on the idea of a studio recording being the definitive version of a song - that songs can take on different lives and change over time.

Where do you discover new music?
Obviously this has changed quite a lot over the years - quite often these days it's through recommendations from friends, browsing music websites and streaming services. I guess radio to an extent too - I love BBC 6 Music especially, and Huw Stephens' Radio 1 show is great for hearing new music too.

What's your favourite venue?
The Brudenell Social Club, as practically anyone in Leeds will tell you. If you've ever been, you'll understand - it's a real staple of the Leeds music community.

Who is your current favourite band/artist?
Probably The National. I've been a superfan for years now and have been to see them countless times. Right at this moment I'm loving the new Slowdive record. It's amazing to see they can come back after so many years and still be able to create brilliant and relevant music.

What inspirations outside of music impact your songwriting?
Usually the environment I'm in at the time can dictate the mood of a record. I did a lot of writing in a fairly remote part of Wales and I think it pervades the songs in a sense, both sonically and lyrically. I like to read too, although haven't found enough time for it recently.

What track of yours best represents your sound?
Right now, probably Lacuna. It's a new one we announced the album with, and it hints at a slightly different direction in terms of what I've done before. It's fairly sparse and understated, which felt like a daunting thing to do - but I was happy with how it turned out.

What's next for you?
My album is out now, and from there it's some live dates, festivals, and then a bigger headline tour later in the year. There's also talk of some first European dates which is really exciting, but also I've started writing another record and I'm looking forward to seeing which route that takes. It took a long time to make this album so I'm hoping to follow it up as quickly as possible!

Listen to Lacuna from In Darkened Rooms below.