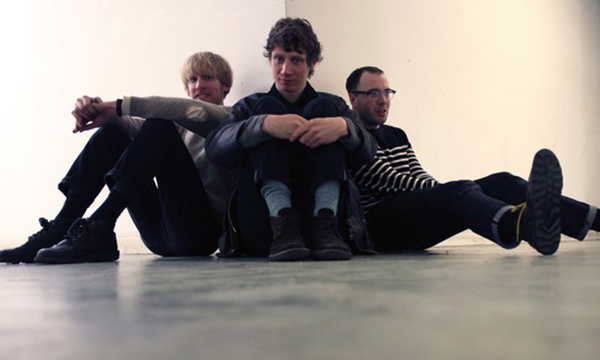 Primitive Parts are a garage rock trio hell bent on resuscitating the brash proto-indie swagger of Stiff Records for 2015.

The results are the thrilling debut album Parts Primitive, a succinct postcard from days gone by, delivered with just a knowing glance to the contemporary indie landscape.

The LP, released 18 September, follows two sold-out singles on the SEXBEAT and Faux Discx labels, both of which received airplay from BBC Radio 6 Music's Marc Riley.

We spend 30 seconds with the band to learn more…

We first started writing music because…
We were working together. We suspected we might be able to make a good band together.

We have been making music since…
Three years ago.

Our music is…
Stiff Records transporting itself back to the sixties and then back again to today.

You'll like our music if you listen to...
The sound of iron shop window security grills slamming into place. Or the beeps of a shop till.

Our favourite venue is…
Brixton Windmill and Power Lunches.

Music is important because…
It is transient.

Our biggest inspiration is…
Renos.

Our dream collaboration would be…
Philip Johnson.

To try us out, listen to our song…
Miracle Skin.

If we weren’t making music we’d be…
Making rope.