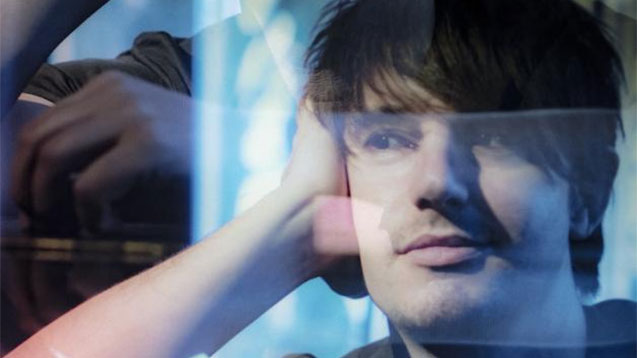 Pop Crisis is the nom de plume of Christian Hardy, one sixth of pastoral indie stalwarts The Leisure Society.

Concerning itself with the fundamentals of love, loss and letting go, the trio carefully swaddle their emotional wallop in a fragile soundscape.

With another two EPs slated for later this year, Christian gives us the inside track on the origins of his personal Pop Crisis…

What was the first song you developed an obsession for?
I have a distinct memory of seeing the video for Road To Nowhere by Talking Heads when I was about five. Something about that insistent rhythm and the repetition of the two chords implanted itself in my brain, and I used to flip out whenever it came on the radio or telly. Listening to it now I can hear the glib resignation with which David Byrne is addressing our shared doom. Back then I just thought it was the catchiest song in the world.

What’s the first gig you went to?
My mum took us to a lot of my step dad’s gigs when we were young boys in the eighties. He’d just left Showaddywaddy and was playing pubs around the Midlands with his mate Dave. It was all cigarette smoke, sticky tables, bags of crisps and Buddy Holly covers.

What’s the first instrument you ever got hold of?
I grew up in the eighties, so synths were everywhere. I was desperate to get one, and my dad bought me a little Casio. I played it for hours every day trying to master my left and right hands doing different things. I was never one for learning existing songs, mostly I just freestyled it.

What is your worst musical habit?
Too many ideas. It’s a combination of a busy brain, stacks of nervous energy and a total love affair with the recording studio. I’m getting better at restraining myself, and working with other artists has taught me a lot about balancing my musical intellect with my human heart.

What’s the best piece of musical advice you’ve ever been given?
When Nick and I met Brian Eno for the first time, he said very clearly, ‘I’m not going to produce you. You don’t need a producer. Just keep doing what you’re doing. It’s great’. In that moment he filled us with a sense of pride and purpose. We’ve subsequently worked with a growing team of incredible engineers, composers, mixers and musicians, but we’ve never relinquished control of that core producer role. As a result, we have a body of work that is totally our own, with real continuity and development from album to album. I’m immensely proud of that, and I think Brian gave us the confidence to get there.

Where do you discover new music?
I pay attention to what my friends are getting excited about. I keep a list of music, books, artists and films to check out on my phone. I’m normally months behind but it means I never run out of new stimulus. Whenever Nick mentions someone I always have a listen straight away, because we come from a similar place musically.  Marc Riley on BBC Radio 6 Music is pretty reliable too.

What’s your favourite venue?
I have a soft spot for the Deaf Institute in Manchester. It isn’t very big, the stage is too high and the load-in is a nightmare, but every time we’ve played there it’s been special. Music is such an integral part of that city, the warmth and passion you get back from the crowd just make you want to give them everything.

Who is your current favourite band/artist?
I’ve been making so much music this year that there hasn’t been a lot of space in my heart for new things. That said, I just listened to the new Big Thief album, and it got me.

What inspirations outside of music impact your songwriting?
I spend my life vacillating between two states, either charging ahead like a tornado gathering up stories, treasure and baggage, or being silent and still. It’s in the latter state when I tend to sit at my piano and pour out what I collected. My writing is inevitably coloured by the authors that shaped me too – Kurt Vonnegut, Joseph Heller, Scott Fitzgerald, Hemingway and Salinger.

What track of yours best represents your sound?
Maybe My Lover’s Head, which is the last track on the debut Pop Crisis EP.  It starts with me, a piano and some regrets, then it meets some synths and drum samples along the way before taking off with a sad flourish.

What’s next for you?
Myself, Sebastian and Jon are rehearsing a live Pop Crisis set to take on the road as we release our first couple of EPs over the coming months. Meanwhile, the fifth Leisure Society record is almost completed, and I should think that’ll keep us busy in 2018. I’m also playing keys and singing harmonies with Benedict Benjamin, who is most certainly someone to put on your Ones To Watch lists.

https://www.facebook.com/popcrisisofficial/
New Music
Back to top