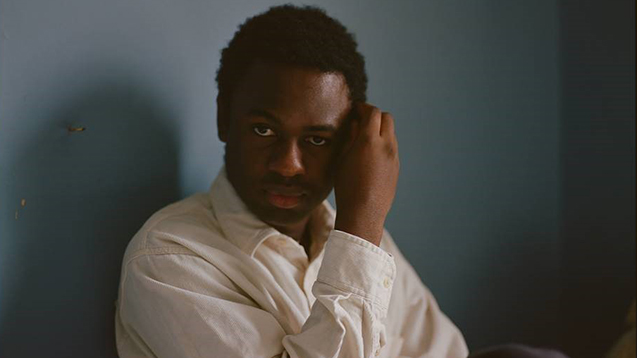 The electronica newcomer 'makes music at night' but his blissed out, balearic sounds are pure rose-tinted summer days. We grabbed a few moments to meet the man behind Mined...

Mined – aka Kofi Holmes Attivor – 'makes music at night' according to the electronica newcomer's Youtube page.

Nocturnal he may be, but there's something about those blissed out, balearic sounds that can't help but make you think of rose-tinted summer days and hazy sunsets.

Born to a Ghanaian family in London's Tooting and raised on a diet of r'n'b and soul, listeners are only just starting to get turned on to Kofi's starry-eyed sonics after he put his musical experiments on hold to complete a Molecular Cell Biology degree at the University of York.

Thankfully, the science-devotee came back to music and arrived upon his sound by delving into the work of artists like Brian Eno, Spooky Black, Majical Cloudz and Foals.

All sensual and tranquil with lyrics like 'touch me like this is the last time you can', the track's sparse, electronic beats allow space for Kofi's low, laidback vocals to sit nonchalantly.

Currently in the studio working on new material to be released in the Autumn, we grabbed a few moments to find out more about the man behind Mined...

What was the first song you developed an obsession for?
The first song I remember being obsessed with is actually Teddy Picker by the Arctic Monkeys. I remember hearing it in McDonald's and thinking yessss!

What’s the first gig you went to?
First gig I went to was actually The xx after their first album. It was a surprise gift from my girlfriend at the time, got a taxi down to Leeds from York. Amazing gig as well.

What’s the first instrument you ever got hold of?
My Casio keyboard, I persuaded my parents to get me one after impressing them by learning songs on a toy keyboard that had five keys. When they got home from work I'd try and impress them by playing little concerts on the most pointless keyboard ever, till they got me a real one.

What’s the best piece of musical advice you’ve ever been given?
People generally have awful taste.

Where do you discover new music?
I genuinely spend hours trawling the internet looking for new, good music, and very often I come up short. Also have a few mates who I trust for recommendations, and the guys at Peacefrog Records. I'm currently going through a phase where I'm discovering old music I haven't really appreciated before, and music from West Africa and South America.

What’s your favourite venue?
Favourite venue is probably the Belgrave Music Hall in Leeds, was blown away by it when I went. It's lovely.

Who is your current favourite band/artist?
My favourite artist at the moment is probably Rhye... although I'm also a MASSIVE AJ Tracey fan.

What inspirations outside of music impact your songwriting?
Just my own personal experiences, mostly romance whether failed or successful. I think romance is something most people can relate to.

What track of yours best represents your sound?
Tough one, at the moment probably Girl. Deep tone to the vocals, a certain hypnotic quality borne out of the fact I like repetition and a sense of melancholia.

What’s next for you?
Write more, gig more, get more people listening to my music.


New single Girl is out now via Peacefrog Records.

www.facebook.com/minedmusic
New Music
Back to top