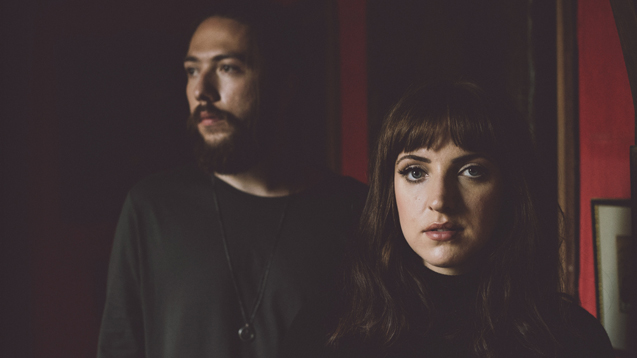 Meadowlark are Kate McGill and Dan Broadley, a boy-girl duo using harmonies and melodies as spells to cast over music fans - enjoy 30 seconds with them ahead of their UK tour and album…

Meadowlark are Kate McGill and Dan Broadley, a Bristol boy-girl duo using harmonies and melodies as spells to cast over music lovers.

Both have previous as a music maker and video director respectively, but decided on Meadowlark after discovering a shared love for lovelorn synthesisers and alt folk.

They released their debut EP in 2015 and a series of standalone singles - Paraffin, Quicksand, and Headlights - throughout 2016, steadily gaining themselves a reputation with BBC Introducing, XFM and BBC Radio 1 as well as having their music soundtracking the likes of Vampire Diaries and Made in Chelsea.

The pair have started off 2017 strong, being one of the latest recipients of funding from the PRS Foundation’s Momentum Music Fund and are embarking on a tour with Amber Run across February. Meet the pair in our 30 seconds interview below…

We first started writing music because…
There's nothing quite like the joy of creating music you both love so much that you listen to it for hours and hours after it's finished.

We have been making music since…
Our first writing session was in the basement of a small studio our friend owned in Plymouth. Much wine was consumed.

Our music is…
Melancholy electro/acoustic-pop.

You'll like our music if you listen to...
CHVRCHES, Aquilo, Lucy Rose, Oh Wonder

Our favourite venue is…
Colston Hall in Bristol. The dream is to play there one day.

Music is important because…
It's the one language everyone can understand. It can also act as a therapist if you need one.

Our biggest inspiration is…
Any self-funded musician out there. You guys deserve medals.

Our dream collaboration would be…
Polyenso.

To try us out, listen to our song…
Eyes Wide.

If we weren’t making music...
Dan would likely be a filmmaker and I would get involved in charity work.

In 10 years’ time we want to be…
Writing our seventh album, of course!

Listen to their latest track About You Now from their Nocturnes EP below. The EP will be released on 10 March via Believe Recordings.

Catch them on tour with Amber Run across February.

https://soundcloud.com/meadowlarkofficial/about-you-now-cover/
New Music
Back to top