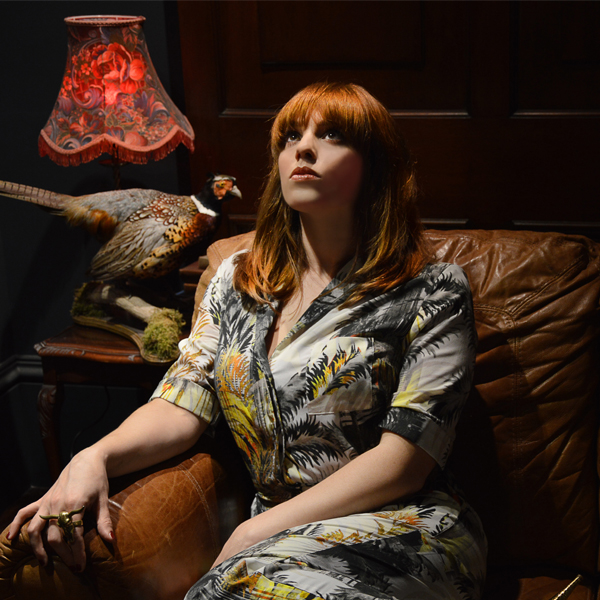 Malka is the latest guise for alt-pop electronica artist Tamara Schlesinger, former singer for idiosyncratic 6 Day Riot. You can catch her host a Xmas party at the Sebright Arms in December…

With a CV that includes international gymnastics and fashion design even before she’d started singing for a living - you may have heard her for the first time singing These Boots Are Made For Walking in the background of Brit-flick Lock, Stock & Two Smoking Barrels - she joined 6 Day Riot in the mid-noughties going on to make three LPs with the outfit.

Powered by ukuleles, violins and upright basses, their colourful pop led to much acclaim plus big support slots with the likes of Belle and Sebastian and Deacon Blue.

Now she’s venturing out as MALKA with her wild debut LP, Marching to Another Beat emerging earlier in the year, a great collection of songs melting down tribal beats, electronics and pop rhythms in her own unique way. Intrigued? Like what you hear? Then you can catch her play at London’s Sebright Arms on 10 December… get your tickets now…

I first started writing music because…
I finally found my creative output. I was always good at art and studied fashion at St Martin’s College, but I wasn't actually passionate about designing clothes. When I started to write my own music I found I could really express myself. I find it such a release to write music. It's something that I have no control of, I just do it.

I have been making music since…
2004. Firstly with some friends and then later with my band 6 Day Riot. I now do a lot of co-writing with others and my own solo project - MALKA.

My music is…
Tribal pop. It's electro-infused adult pop music.

You'll like my music if you listen to...
Tune-yards, St-Vincent or Lorde.

My favourite venue is…
The Barrowlands, I supported Belle and Sebastian there a few years ago.

Music is important because…
It allows escapism - it can transport you to another place.

My biggest inspiration is…
The rhythm of the world around me. I often come up with my melodies while walking down the street.

My dream collaboration would be…
Damon Albarn. He is always creating something new, developing new projects and re-inventing himself. I'd love to work with someone as inspiring as that.

To try me out, listen to my song…
Let It Go (not the one from Frozen).

If I wasn’t making music I’d be…
A gymnastics coach. I used to represent Scotland as a gymnast.

Get tickets for Malka's Christmas party at the Sebright Arms in London on 10 December.

Watch the video for Let It Go below...