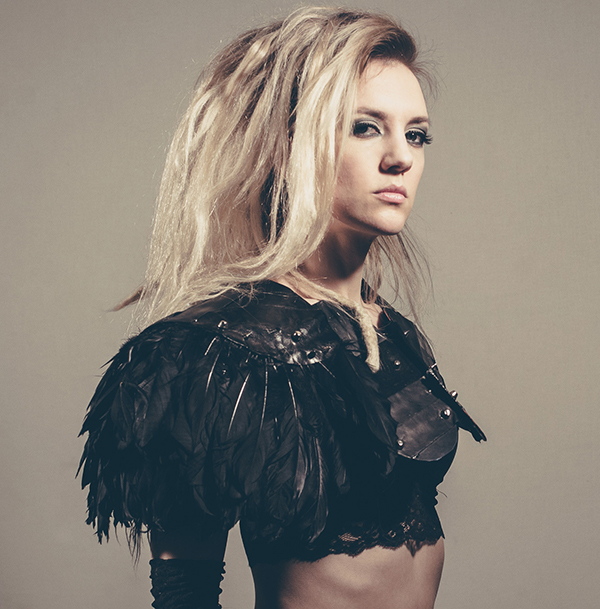 Lionface are a Bristolian four-piece who create adrenalin charged alt-rock that melds industrial grit with a stereoscopic pop sheen. Led by Kat Marsh, the rising ‘battle pop’ quartet have been a big hit in radioland this year...

Lionface are a Bristolian four-piece who create adrenalin charged alt-rock that melds industrial grit with a stereoscopic pop sheen.

Their sound, dubbed ‘battle pop’, is laced with hard-hitting electronics and driving beats, and has been picking up plaudits from BBC 6 Music, Amazing Radio and XFM over the last few months.

Their latest EP Battle is released on 25 September and will be accompanied by two live shows; at The Lousiana, Bristol, on release day, and Sebright Arms, London, on 26 September.

We first started writing music because…
Kat: I was writing songs for years, but I didn't nail the Lionface sound until I began playing bass for The King Blues. When they split up I went full on into writing and releasing as Lionface.

We have been making music since…
Kat: Lionface started as my solo project in 2012, with different friends jumping in to help me with drums and bass live and in the studio. Scott and Courtney joined me around the end of 2013 and we've been together ever since. The Lionface sound really cemented when the same musicians were involved and we began playing live and recording together. Martin Grech joined us on guitar in March, while we were recording our new EP, and added an incredible guitar sound to the songs. He's a phenomenal musician.

Our music is…
Kat: Ferocious, wild and constantly evolving.

You'll like our music if you listen to...
Scott: Multiple genres. And if you like good choruses!

Our favourite venue is…
Courtney: Either the Thekla or The Lousiana in Bristol. Both have great sound.

Music is important because…
Scott: It lets people connect. It's so lovely to be able to talk to people about shared musical interests, whether it's within our band or with fans. And being part of a thriving local scene is so inspiring, because it's such a social thing.

Our biggest inspiration is…
Scott: Our music tastes don't really overlap between band members! Although we do all share a love for bands like Die Antwoord, Rage Against The Machine and System Of A Down. That underlying commonality is likely what drives the more aggressive side of the music we create.

Our dream collaboration would be…
Courtney: If we all had a say, it would be a combination of Muse, Die Antwoord and Periphery.

To try us out, listen to our song…
Kat: Vampire or Blue Heart Rate.

In 10 years’ time we want to be…
Kat: Still writing, recording, releasing music and playing shows. We just want to keep creating and evolving, hopefully in 10 years with more people along for the ride!