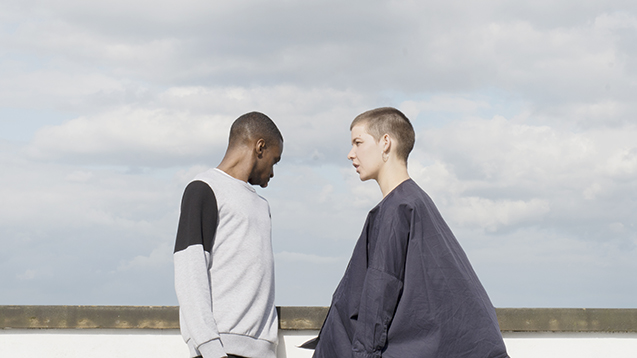 It’s not every day your debut gets picked up by media powerhouse Oprah Winfrey, but that’s exactly what happened to electronic duo LE SON. We caught up with the pair…

It’s not every day your debut track gets picked up by media powerhouse Oprah Winfrey, but that’s exactly what happened to London electronic duo LE SON when their first single was plucked from SoundCloud to feature on the opening episode of Winfrey's drama series Queen Sugar.

Back with a pair of tracks that more than live up to their predecessor, Ava and B-side 1008 demonstrate the duo's talent for creating minimal but soulful productions. Already clocking in over 100,000 listens, Ava is a tension-building vignette about the loss of a friend, showcasing tense, shifting production with muffled electronic pianos and hauntingly distant vocals.

The double release follows LE SON's successful debut track Without a Sound, which, in addition to the Queen Sugar sync, also received continuous airplay on BBC Radio 6 Music thanks to a remix courtesy of Athlete Whippet.

Hypnotised by their sound, we caught up with the duo – otherwise known as Emily Ady and Liam Fergus – for a quick fire round of questioning...

What was the first song you developed an obsession for?
Thom Yorke - Eraser was probably the first song we ever played together as a duo. No one turned up to practice for an ensemble class in uni so we just ended up jamming on that track for the whole session. Emily’s a huge Thom Yorke/Radiohead fan and it was one of the few tracks Liam knew by him. At that point we hadn’t even started writing with each other, but we both got a sense that we worked well together and that was the start of an exciting combination.

What is your worst musical habit?
We’re guilty of not finishing stuff off. We often start something, get excited about it and then move on to something else. Means we have a lot of material kept away, some pretty good half-written songs in the vault.

What’s the best piece of musical advice you’ve ever been given?
Someone once told Emily, “act like someone is always watching, even when it seems like no one’s paying attention”, which is so true for us. Our sync deal with Oprah Winfrey’s television programme Queen Sugar happened from a listen on SoundCloud.

What’s your favourite venue?
We both love Servant Jazz Quarters in Dalston. When we performed there, the sound was brilliant and the vibe is always nice and intimate. Have watched some amazing gigs at that venue.

Who is your current favourite band/artist?
Collectively we both have a love for Kendrick Lamar and Thundercat. We had some in-depth discussions and listening sessions when both their recent albums dropped. Those guys are untouchable and their styles have had a huge influence on our sound.

What inspirations outside of music impact your songwriting?
A big thing for Emily is travel, whether it’s travelling back home to Wales, around London or just motion in general, where most of the lyric writing happens. Also the city – London is a big inspiration in our music.

What track of yours best represents your sound?
Probably our new single Ava as it’s got a nice mix of electronic and acoustic sounds. It draws from our more minimal influences, with the very sparse and airy opening section, whilst the ending is more jazzy, soulful and groove based.

What’s next for you?
We’re in the process of getting some more live dates in the diary so keep an eye out! And we have so much material and are constantly writing/working on new music so the next release won’t be too far away.

https://soundcloud.com/lesonmusic/sets/ava-1008
New Music
Back to top