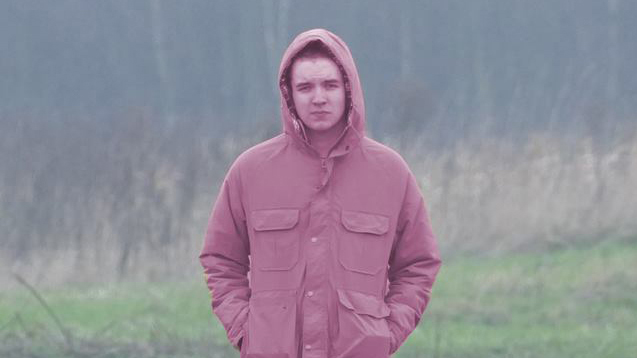 The teenage L U M E N is an ace electronic artist who's bedroom tracks have received BBC Radio 1 airplay. We spend 30 seconds with a new scouse talent…

Teenage L U M E N or Liam Brown to his mum is an ace indie electronic artist whose bedroom songs have won him friends in all sorts of places.

The 17 year old enjoys making music in his Aintree home. Following the release of debut single What Will Life Make Of You, his mix of beats and melodic skills have seen him listed on tastemaker blogs and played on BBC Radio 1.

Accolades are already stacking up with Liam nominated for Liverpool’s GIT Awards, dubbed most ready artist by the Liverpool International Music Festival (LIMF) Academy and a participant on the Merseyside Arts Foundation Music Development Programme 2016. Think Echo and the Bunnymen or Manchester’s Horsebeach but with an added injection of washy synths, and you’ll be getting close to the hub of this new talent’s songs…

I first started writing music because…
When I was listening to music when I was younger, I knew that it was something I wanted to do. I always liked the idea of creating something and knowing that it was made completely by me.

I have been making music since…
I was about 13 just on my iPad with Garageband. I made terrible little demos that I still have and like to listen to on occasion for some burst of nostalgia. Until a year ago my music was just instrumental, then I thought ‘bloody hell, I need to put some words and vocals to this stuff’. I began to sing more from necessity.

My music is…
Very ambient, European-esque pop with bits of eighties indie thrown in.

You'll like my music if you listen to...
Artists like Kings Of Convenience, Whitest Boy Alive and The Smiths. But also more current bands like Bombay Bicycle Club, The Drums and Peter, Bjorn and John.

My favourite venue is…
LEAF on Bold Street, Liverpool. The atmosphere inside is always lovely and they have really cosy lights that hang from the ceiling. The fact that there is some tasty food downstairs too is a win/win really. I've played a couple of memorable gigs there. Supporting great bands like Clean Cut Kid and VEYU.

Music is important because…
It creates memories for people, a song or album can take someone back to a certain time, whether it be happy or sad. Escapism too.

My biggest inspiration is…
The fact there are no limits to what I do. I think because my set up is very basic and I don’t have everything I would like to, I have to make something with the little I have. That brings out the inventiveness and creativity. When you need to make something big out of something little, that’s when the art comes into it.

My dream collaboration would be…
Either Jack Steadman (Bombay Bicycle Club) or Erlend Øye (Kings of Convenience) because these two people make such unique tunes and I’ve listened to them the most these last few years. I think I’d have a pretty sound time making music with them.

To try me out, listen to my song…
Seabirds - it’s a song that most people have liked. I think a good test for me is that my mates actually like it, not because they’re supposed too, they actually think it’s not that bad of a tune, which is nice.

If I wasn’t making music I’d be…
Probably making films . I have always loved the idea of making films but it’s 100 percent more work than writing tunes. I love Wes Anderson as a director and the style of many indie and foreign films, so I think I’d probably be trying to crack that.

In 10 years’ time I want to be...
Still living and also hopefully still making music and doing things that I really like. If I looked into the future and saw myself sitting in an office, then I would know that I’d gone wrong somewhere.

Which are the Liverpool artists you’re most excited about this year?
I think I say this all the time but for me it’s Clean Cut Kid. They're a band that I really like because they don’t sound like they're from Liverpool. I love bands that challenge the ‘Merseysound.’ Lovely chaps too.

Liverpool seems to be enjoying a bit of a moment music wise - in terms of festivals, events and new acts - what has contributed to this?
It definitely is. I think one of the main things that’s happening is the fact that Liverpool has so many things going on right now, it's inspiring to musicians. There is so much to help them climb the ladder. So much recognition to be given to any music that’s worthy of it and so many people get behind you, everyone giving each other a helping hand. There is a real camaraderie in Liverpool right now, spanning genres too.  Liverpool has always produced brilliant music, you just get to hear it more these days. Bloody lovely it is.

What are your top tips on news bands and artists succeeding - how can they stand out and make themselves heard?
I’d probably say don’t try to be like anyone else. That whole idea of trying to be like another band is pointless for me because you will always be the cheaper version. I will tell you bands that have inspired me, but I will never try to be like those bands. There is always a different way of looking at something and it’s the same for music. So my advice, if I’m even in the position to give advice, is that if you’re making music that’s copying someone else, then you're not making music. You always have to just be yourself.