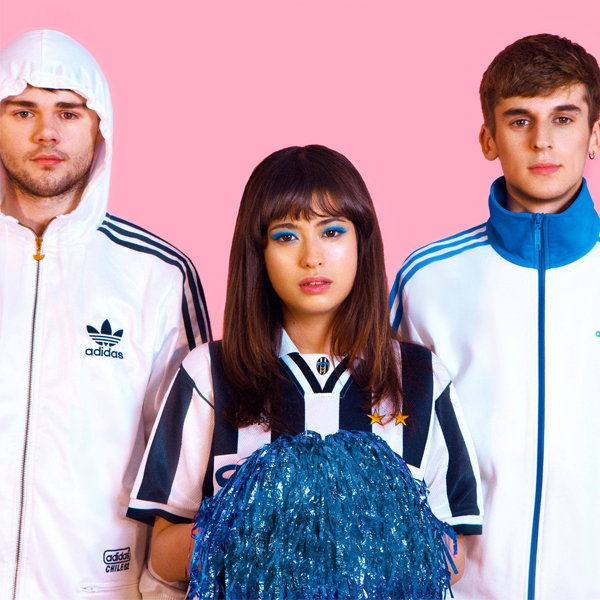 If Kero Kero Bonito’s music was a colour, it’d be a neon pink, so sweet, it could rot your teeth. Their innovative J-UK pop sucks down on the much hyped PC Music and kitsch to create the sound of the future.

GLASTONBURY 2015: If Kero Kero Bonito’s (KKB) music was a colour, it’d be a dazzling neon pink so sweet it could rot your teeth.

KKB’s name is supposedly taken from the Japanese words for frog onomatopoeia and a type of fish and their music shows similarly unique attributes. The trio met via a Japanese expatriate community bulletin board and have so far earned plenty of plaudits from the more fashionable end of the press with their video-game aping, Manga influenced sound.

To date, they’ve released a much hyped debut album Intro Bonito via Double Denim Records while also contributing Flamingo to DJ and producer Ryan Hemsworth's compilation EP shh#ffb6c1. Their tune Sick Beat was also used on the Adidas and Stella McCartney’s campaign for the recent StellaSport range. The group are currently working on a follow up album and will be opening the Wow! Stage at this week’s Glastonbury Festival… meet them below...

We first started writing music because…
It's more fun than watching TV.

We have been making music since…
Summer 2013.

Our music is…
The international ??? sound.

You'll like our music if you listen to...
Your heart.

Our favourite venue is…
A free house.

Music is important because…
Silences are awkward…right?

Our biggest inspiration is…
The globe.

Our dream collaboration would be…
Apple.

To try us out, listen to my song…
Picture This.

If we weren’t making music we’d be…
Astronauts.

Check out our sync review with the group after their music was used in Adidas and Stella McCartney’s campaign for their latest StellaSport range.