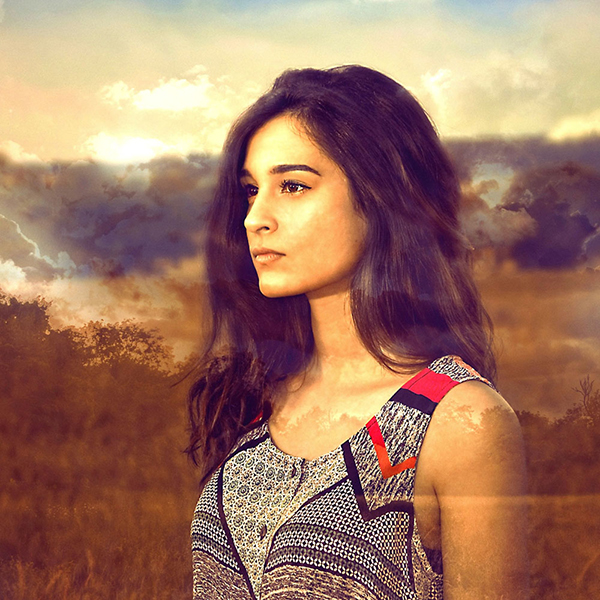 Testament to the strength of her craft, Kelly’s debut album This Land received the Help Musicians UK Emerging Excellence Award last year and also placed in The Telegraph’s Best Folk Albums of the Year poll.

Her next single, the mesmerising Miles to Tralee, opens the latest Downtown compilation on rising imprint Folkstock Records, due 20 November. It precedes the release of Kelly’s sophomore album, which is expected in spring 2016.

On the live circuit, the Bob Harris-approved artist has been turning heads too. Catch her when she headlines the FolkStock Emerging Talent night for the London Folk and Roots Festival on 11 November at The Islington, London. Capable support comes from kindred souls Minnie Birch, Zoe Wren and Daria Kulesh.

Here, we spend 30 seconds with Kelly to find out more about her spellbinding sound…

I have been making music since…
I was old enough to sing! Professionally, only in the last two and a half years.

My music is…
Contemporary/modern folk. The Times reviewed me as 'traditional values with bold indie-pop sensibility', which was great.

You'll like me if you listen to...
Alanis Morrisette, Bob Dylan, Alison Krauss - well hopefully, as these musicians are some of my major influences!

My favourite venue is…
Hitchin Folk Club - it's my local folk club and it was the venue for my first ever folk gig.

Music is important because…
It has the power to change your life.

My biggest inspiration is…
Dolly Parton!

My dream collaboration would be…
Definitely to write a song with Bob Dylan. Even if he only wrote one line of it, that would still count!

To try me out, listen to my track…
Jericho.

If I wasn’t making music I’d be…
Travelling around the world teaching English. I got a distinction in a TEFL course the summer I started gigging for the first time, and I had just come back from travelling around South America, so if I couldn't make music I think I'd be somewhere across the world right now.

In 10 years’ time I want to be...
Still making music! I'd love to be touring the world as an internationally-known recording artist and playing music to bigger audiences and at bigger venues.

Tickets to Kelly’s London Folk and Roots gig are available at http://dmpuk.com/live/events/11-nov-15-folkstock-emerging-talent-night--kelly-oliver-the-islington/