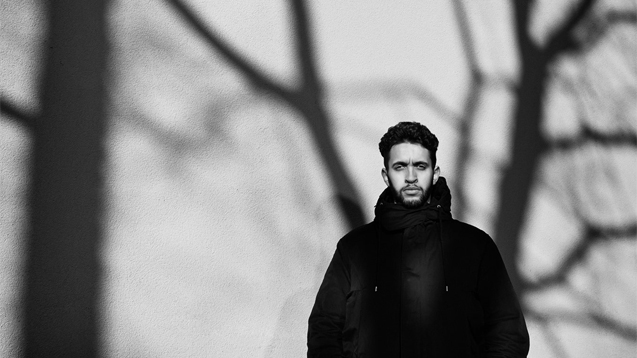 Oldham born soul singer Jordan Max is turning plenty of heads in 2017 including those of producer Danger Mouse and Jorja Smith. We catch a talent on the up and up…

Oldham born soul singer Jordan Max has been turning plenty of ears his way ever since he first emerged with his 2016 debut EP, Only One Is King.

Jordan's raw blend of striking vocals and dark, soul baring lyrics have won him a number of clued up admirers, with the artist called on to support 2017 break-through Jorja Smith as well as release more recent music via Danger Mouse’s The 30th Century label.

Other highlights include recently blowing away crowds at The Great Escape with his rough-hewed voice and honest lyrics. With more new music lined up, Jordan will be playing tonight at London’s Jazz Café for Annie Mac Presents as well as tomorrow (8 June) for BBC Introducing at Manchester’s Night and Day Café… keep your eyes on this burgeoning talent before he explodes...

What was the first song you developed an obsession for?
This question is interesting, it took me back to childhood and the one song that hit me then was Michael Jackson’s Wanna Be Startin' Somethin’.

What’s the first gig you went to?
I'm not sure what my first gig was, that's many moons ago. The show that springs to mind is watching Craig David with my mum and sister. I'm sure the venue was Manchester Apollo.

What’s the first instrument you ever got hold of?
My first love of instruments was the piano. I only got one at 17 when the dream to pursue music kicked in.

What is your worst musical habit?
I wouldn't say I have a bad musical habit. But my biggest habit is that I enjoy making music - it's part of my life now.

What’s the best piece of musical advice you’ve ever been given?
The best advice given to me about what I do is from my uncle - he would say “always remember you are making something out of nothing, it's remarkable because not everyone can do it”.

Where do you discover new music?
Most of the music I discover is from friends or family that also have that pure passion for music. Sometimes YouTube can take me on routes I've never seen before, and I've found some good gems that way.

What’s your favourite venue to play at?
I've not played at many venues so at this point I'm still yet to find out which one is my favourite.

Who is your current favourite band/artist?
In music there's never been a favourite band or artist for me, my musical taste is pretty diverse. I appreciate good music in general.

What inspirations outside of music impact your songwriting?
The biggest inspirations come from living life itself, meeting new people and new experiences.

What track of yours best represents your sound?
I would say Hell because this was the first track made and the blueprint for my sound now..."Remember why we're here".

What’s next for you?
I have a second EP about to drop soon! Excited to bring people up to speed on what I've been working on. From there onwards I'll be on stage getting it poppin' for my people! More music, more shows, more love!

Listen to Hell below.