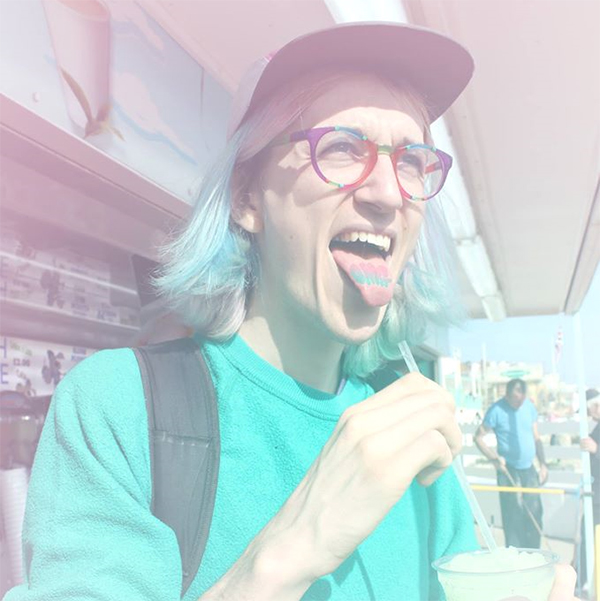 Joey Fourr thrive on androgynous weirdness, creating slow jams that slink around the silky outer edges of pop with no particular persuasion. Step into their wonky sonic world...

Joey Fourr thrive on androgynous weirdness, creating slow jams that slink around the silky outer edges of pop with no particular persuasion.

Wonky west Londoner Joey Prendergast (formerly of Tubelord) is behind the outfit, bringing impeccable dance moves and sonic oddity to what is essentially a lo-fi bedroom pop project.

The trio’s output over several skewed EPs has remained consistently technicolour, while new album To the Floorr sees them disappear down the rabbit hole completely as Joey's bizarre lyrics and baritone melodies come to the fore.

With song titles including Spanks, Cross Dresser and My Dolphins, you can guarantee it’s as weird on record as it is on paper – a breathe of fresh air and well worth seeking out.

Now at the end of a 10-date UK tour (the band play The Bird’s Nest, London on 23 May), we caught up with Joey to learn more about his trippy ear candy…

I have been making music since…
The same year Ghost World, Waking Life and Spy Kids were released. It all makes sense now.

My music is…
Wonky and ugly, I think not for everyone, but full of humour and love. I have a terrible sense of humour.

You'll like me if you listen to...
None of your parents' favourite records.

Music is important because…
It feels so good, is provocative , smothered in symbolic politics and one of the most pure anarchic practices you can spend time on.

My biggest inspiration is…
Show business in the seventies, in particular the combination of glittery sequins and star filter lenses creating tube smear effects on screen.

My dream collaboration would be…
Mykki Blanco or Junglepussy or Janet Jackson. Imagine writing a song with Janet.

To try me out, listen to my song…
GOLD BOY.