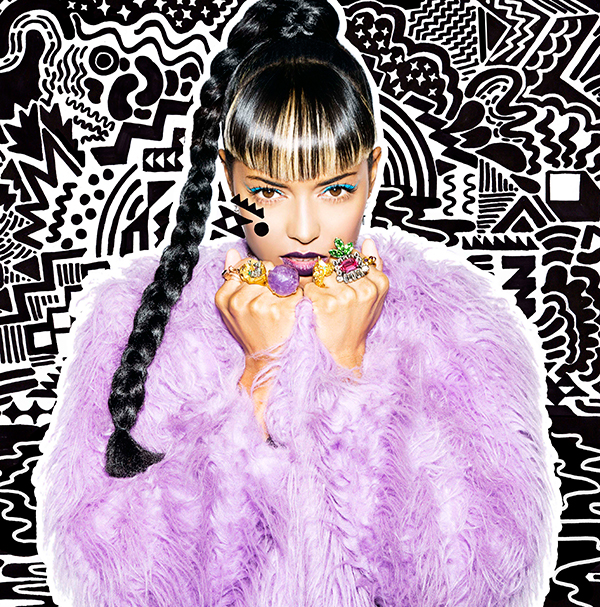 Camilla Roholm’s Invader Girl persona is every bit as fantastical as her wonky pop recordings. We spend some time with the pop princess to learn about her influences, her dream collaborations and why she's scared of Prince...

For today’s 30 seconds interview, we spend some time with the unicorn-loving pop princess Invader Girl.

Seduced by her bubblegum electro-pop and sartorial eccentricity, we learn the secrets behind her style and her sugar-rush songwriting.

Here, we learn about her musical influences, her dream collaborations and why she's scared of Prince...

I have been making music since…
I can remember. I wrote my first song aged 10. I started writing them down aged 12 when I started playing the guitar. I’ve played in various bands of varying degrees of noisy awfulness since I was a teenager. This is the first project I’ve been really proud of but I’m still learning every day.

My music is…
My life’s blessing and my life’s curse. I love the process of making it even though it’s all consuming sometimes. I’ll never be able to stop making music. Probably because I’m never completely happy with what I’ve made and want to do better next time. It's like being in a constant never ending competition with yourself.

You'll like me if you listen to...
Slightly wonky pop music with an edge.

My favourite venue is…
Vega in Copenhagen because it reminds me of home, and would feel like a milestone achievement if I ever got to play there.

Music is important because…
It’s so immediate and powerful in the way it inspires you. It’s emotional and physical and extremely cathartic. It’s like metaphorical heart vitamins. You’ve gotta have your daily dose.

My biggest inspiration is…
I’m inspired by strong women in music. Beings of pure talent and feminine power like Debbie Harry, Madonna, Gwen Stefani, Karen O. Women who show us that strength and femininity can easily go hand in hand.

My dream collaboration would be…
Prince, I think. I’d love to write a song with Prince. It would totally blow my mind. I might actually be a little too scared.

To try me out, listen to my song…
Stuck On Me. Just came out a few weeks ago.

If I wasn’t making music I’d be…
Losing my mind. If I wasn't making music for Invader Girl though I'd probably be in a shouty girl grunge band.

In 10 years’ time I want to be...
Still writing and producing music and making other forms of visual art for myself or others. I’d love to be Invader Girl forever.

Last week we asked Camilla to compile a playlist of her musical icons and the classic tracks that have influenced her sound. Tune in to the Invader Girl playlist.