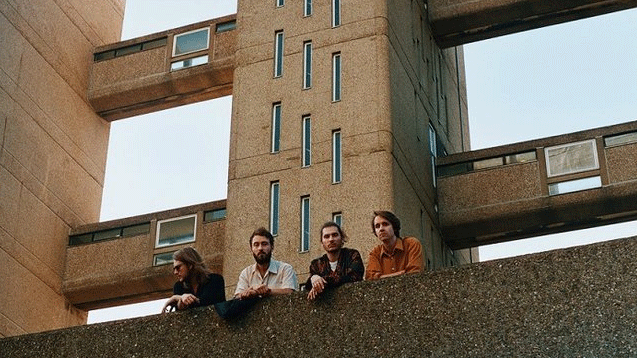 Polyphonic analogue synths, cowboy guitars and proto-funk – it’s all fair game for Peckham pacemakers Imperial Daze. We check in with the psych-poppers to learn what they've got in store for 2019.

Since setting up their own studio in late 2016, the band have kicked up some serious buzz, with The Maccabees’ Rupert Jarvis signing up for management and production duties.

Their hazy psych-pop has also caught the ears of tastemakers at DIY and Clash, while live, they’ve shared stages with Mystery Jets, Nilifur Yanya, Matt Maltese and The Maccabees.

Fresh from a sold-out headline show at The Waiting Room, London, earlier this month, we check in with them to find out what they’re plotting for 2019…

Iron Lion Zion by Bob Marley and The Wailers. Nothing connects with a five-year-old like Bob Marley does.

Watcha at L’Espace Bouteiller, Chantilly, France, 28 March 2001. Never liked nu-metal but when you’re 11 and only one band a year comes to play your home town, you show up and have a mosh regardless.

Squier Precision bass. I was completely disenchanted and useless at it, but we have a much more loving relationship these days.

Missing the point, forgetting the feeling that you are trying to reach and getting bogged down in the semantics and technicalities of making music.

Honesty. Be honest with yourself, your collaborators and your audience. Not everything has to mean something deep and meaningful, but I’ve learned to avoid doing something just because I know how to.

The Spotify algorithms can hit the spot from time to time. Otherwise, the Prince of Wales jazz sessions in Brixton every Thursday from midnight till 3am are always full of face-melting talent.

Hard to choose but Felix (bass player) and I are pretty excited about Andy Shauf’s ‘new’ project Foxwarren. Either that or Colin Benders.

My friends. Their trials and tribulations. And anything that spawns from the mind of Nathan Sam Long and Clan Collective.

Probably either of our last two singles, Always Settling or Man Out of Myself. Prophet 08, cowboy guitars, crooning melodies and proto-funk inspired grooves interpreted by children of the EU.

After selling out The Waiting Room this month, we’re headlining Sebright Arms in February, when we will be dropping a new single and some more video work.

https://www.facebook.com/imperialdaze/
New Music
Back to top