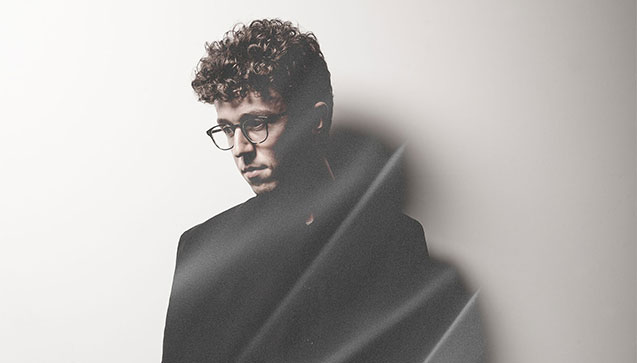 We grab a few moments with composer-producer Guy Andrews to learn about his new LP Tåke, which arcs through pulsating techno, sinister post-rock and glacial ambience.

Composer-producer Guy Andrews mines a deep love of techno, ambient and post-rock for his own nocturnal electronics.

Over the years, his submerged sounds have been released via several lauded labels including Erased Tapes and Scuba’s Hotflush, with his latest home the Fabric-affiliated Houndstooth.

It’s not just labels that have been quick to show their support, Guy’s also won over Massive Attack, collaborating with 3D (Robert Del Naja) from the band, while Ulrich Schnauss, Max Cooper and Ben UFO are all firm fans.

Next week sees the release of, Tåke, his second album for Houndstooth. Inspired by the fjords of Norway and the snowy streets of Bergen, it’s a paean to the Scandinavian hinterlands that he found himself lost in late last year.

The album arcs through pulsating techno, sinister post-rock and glistening glacial ambience, shot through with the silken voice of collaborator Alev Lenz.

Here, he tells us more about the album and his wider musical make-up…

Smashing Pumpkins’ Mayonnaise. It perfectly captures the Pumpkins' famous guitar distortion and had a massive impact on my sonic experimentation.

A Perfect Circle at the Hammersmith Apollo, February 2004.

A Petrof upright piano when I was around four years old. It is still one of the most inviting and warm sounding pianos I have ever played.

Spending too much time on audio production early on in the writing process; it's more important to focus on songwriting than producing sounds.

Always keep reflecting on why you're writing the song, so you keep its inspiration and narrative at the forefront of all compositional decision-making.

Apart from online, I often discover my favourite new music at festivals such as Sea Change in Totnes or The Great Escape in Brighton.

The Barbican. It has amazing acoustics and the event programming is excellent.

Ben Frost, his sound design and storytelling within his composition is inspiring to listen to.

Exploring the outdoors and taking in new landscapes. Discovering new places influences me more than anything.

Fjell, as it melts my main musical influences of techno and post-rock into one track.

22 September sees the release of my new eight-track album Tåke on Houndstooth, and I'm supporting Ulrich Schnauss at Islington Assembly Hall on 27 October.