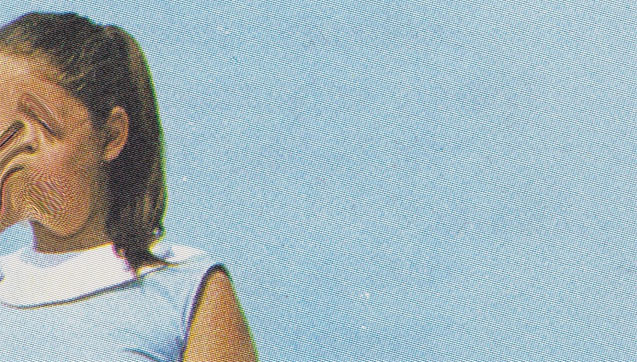 Welsh artist Greta Isaac has all the trappings of a big-time alt-pop star – massive choruses, glitchy synth sweeps and genuinely unique vocals. Get in the groove ahead of her upcoming live date...

It’s a formula that's won her a ton of column inches this year, with UK bloggers falling over themselves to praise her folk-inspired electronics.

Both well-received recent singles Comfortable and Tied have explored the destructive side of human behaviour, throwing a shadow across her luminous harmonies.

From apathy and laziness to selfishness and greed, she names our bad habits one by one, exaggerating each trait from the perspective of a neurotic character. It’s a potent mix, and one that’s likely to turn even more ears as we head into 2018.

It would have to be Rufus Wainwright's Cigarettes and Chocolate Milk from his album Poses.

My first gig was either Busted or James Taylor... both legendary.

I think it was piano, but I picked up the guitar at 15 and started writing soon after that.

Pointing out harmonies I hate in songs when people are trying to listen. It's an all-consuming addiction.

Love what you create and stay true to your sound, your message and your artistic vision.

At home! My parents are both musicians, so we grew up surrounded by amazing music.

My favourite venue would have to be Union Chapel in North London. When I go there I am transported into another dimension of musical loveliness.

A whole bunch of stuff! Stories, films, politics, mental health, art, theatre. Music is amazing because it works as a vehicle for so many amazing visual and interactive experiences. I want to invite people into this tiny strange world I've created with my songs.

I love my new song Tied. It's about trying to break free from someone or something and inevitably ending up where you started. I also love Intro (Creatures of Habit).

I will be playing a headline show in Cardiff on 6 December at Clwb Ifor Bach.